As I mentioned in the Millwall report a week is a long time in Football........ and so it has proven with Mr Beckford's elbow becoming the subject of many a heated debate after Sky decided that incident warranted more scrutiny than his two superbly taken goals. Did he mean it? Was it any worse than the one that floored Robbo? Did the goalie elbow him first? With that air of inevitability the FA stepped in and banned our mercurial, if a little petulant, striker for 3 games on the basis that the ref had only booked him for a shove on the goalie and hadn't seen the elbow in the chops...Yeah right whatever. 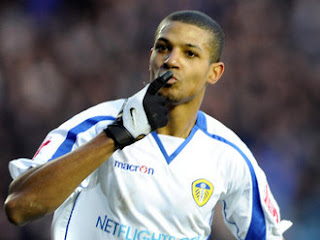 All this has done though is add even more spice to tomorrow's West Yorkshire derby at the GirlFarm with the Puppy dogs of Uddersfield. They are playing well and can be heard cockily predicting a precious double over their more illustrious neighbours. It will undoubtedly be tight and with a full house expected, boosted by 4000 away fans, the atmosphere will be white hot despite the ridiculous kick off time. The last time Leeds won in Huddersfield JFK was about to be assainnated, the great train robbery shocked the UK and a big freeze paralyzed the country. In reality for many of the intervening years our paths have not crossed as we plied our trade at different levels in the football ladder but it is the sort of statistic that needs rewriting and what better time than the Valentines Day noon showdown. 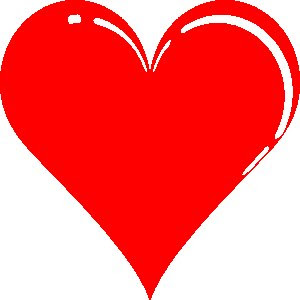 Accepting that Beckford will be watching from the stands and we will certainly miss his goals (We've only lost once this season when he scores) I am not too despondent. We have a strong squad and Becchio and Trundle are more than capable of causing the blues back line enough problems that will yield goals ably supported by Robbo, Snoddy and Bam Bam.The news that Larry is still busy in the loan market came as no surprise and with a bit of luck we could secure Carl Dickinson for a further 93 days together with his namesake from Derby to boost the frontline.......add to that Keith Gillespie and Mo Camara on trial.........competition for places will be healthy moving into the business end of the season.
Away from Football this week snow has again caused havoc across the country although the forecast is good for Saturday so the game should go ahead. Golden Brown and his chums at Westminster have decided that the bankers that played a massive part in getting the country into the economic mire shouldn't really get a share of the expected £15bn bonuses they are apparently due! Very good........now if I was going to bail out a business with a multi billion pound cash injection I might just have put some conditions on the loan...........like sack the Nobheads who were responsible and cancel all bonuses. How can anyone seriously think they are entitled to a bonus for helping bankrupt the company? Maybe I'm missing something.
Finally the Happy Chocker and I have given up trying to predict the outcome of matches due to our rabid expectation that Leeds will win every game.....that is until about 11am tomorrow morning when I might just have a flutter on 2:0 Leeds!
C'mon you whites
MOT
PS: For gods sake don't forget it's Valentines Day and get your better half something a bit more inspiring than a matchday programme!

Posted by Andrew Butterwick at 08:12

hiya mate been reading your blog for a while now just wanted to say you have done a top job with it ! keep it up yeah

Cheers Dave.......it's always good to get some feedback, especially from fans who appreciate my ramblings!
Here's to 3 points today.
MOT