The Sound of Silence

Another week passes and the silence from ER is deafening. Clearly there could be a spurt of transfer activity as pre season training starts but it would seem clear that unless Beckford or Delph are sold the "Treasure chest" for new signings is empty. My prediction is that Larry will assume the role of the "Loan Arranger" as soon as the loan window opens.......................not something that sends surges of optimism through my veins as the new season approaches. One snippet that caught my eye that sort of sums up where we are was that Accrington Stanley are chasing our young goalie Alan Martin.......................A reality check if ever there was one! 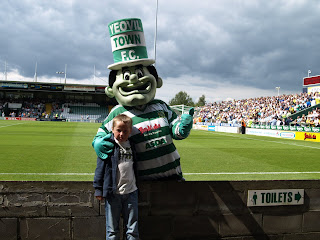 The gloom wasn't lifted by the announcement that our away trips to Southend and Yeovil have been moved on Police request to some unreasonable midweek kick off. Sad thing is that they won't be the only ones.....................Millwall will be moved to midnight on a Monday and I believe West Yorks Police are planning an experimental 8am Sunday morning KO for our derby with the Puppy Dogs. Oh the fun of being a football fan!
I've successfully avoided watching any of the goings on in Wimbledon this week despite the over hyped media frenzy. 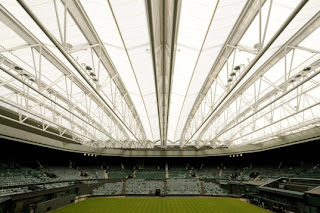 Tim Henman's mantle of under achieving British hope has now passed to the ever smiling Andy Murray and whilst he appears to have a fighting chance of success the clever money must be on him morphing from British hope into Scottish loser before the fortnights out. Of course this year's tournament won't be blighted by inclementent weather or the geriatric Cliff Richards entertaining the crowds due to the multi million pound retractable roof....................so expect the sultry sunshine to continue for the duration of the tournament and keep the wonderful new technology stubbornly locked in the open position! 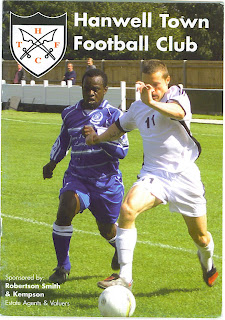 On a lighter note the MP's expenses row trundles on eroding every last piece of trust that voters might have for their honourable representatives and one particular claim made me chuckle. Stephen Pound, MP for Ealing, had claimed £500 for a season ticket to watch his local team, Hanwell Town of the Spartan South Midlands League. And we think Capt Birdseye's ST prices are high!
MOT
Posted by Andrew Butterwick at 15:43