Play Off Finals.......so good they named them twice! 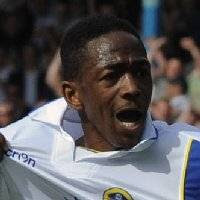 It's been a "who'd have thought that" week in my universe. Who'd have thought that homely Fulham would be the only English team to reach a European Final this season? Not their neighbours Chelsea or Manure or the bin dippers from Scouseland. Just shows that you don't necessarily have to spend Zillions of pounds to be successful in the Premier League...........a point that won't go unnoticed at Leeds!
Who'd have thought that a straight talking pensioner from Rochdale would inadvertently turn the election campaign on it's head and destroy the Prime Minister's credibility all in one full swoop. "I only popped out for a loaf of bread" she reportedly said!
And who'd have thought when we were riding high at the top of the table before Xmas that we'd be facing the real possibility of playing in not one but two Play Off finals this season as we travel to Charlton for our last league away day. With Millwall and Leeds locked on the same goal difference the possibility of both teams finishing on the same points, goal difference and goals scored is not out of the question. If it did we would have to have a play off for the automatic promotion place with the loser going into the normal play offs! The ultimate nightmare scenario me thinks?
But of course we're not going to let that happen are we? We still hold a precious one point advantage over our South London rivals and bizarrely probably just as important we have scored two more goals than Bermondsey's finest. To paraphrase Mr Clough though "You can take all your permutations and all your goal difference and all your goals scored and throw them in the dustbin" because we will win at the Valley and a certain Andy Robinson will get the winner at Tranmere to spike Millwalls guns and send Leeds back up to the Championship.
Well that's plan A.................more likely is that we will enter the final weekend with the 2nd automatic spot still finely balanced and a sold out Elland Road ram packed full of anticipation, nerves and dread. A heady cocktail that could inspire or suffocate the boys in white and stretch the nerves of the mighty whites fans to the limit. It could be the first time the St John's ambulance guys have outnumbered the stewards?
So on Saturday our faithful band of supporters will head south full of hope and nervous tension. will Mad Max muller Capt Chaos?...............Will Sammy Sodje batter Jermaine?............Will Sanchez Watt light up the Valley with his Premier League skills......................Will the Leeds fans sing their hearts out from start to finish? Mmmm at least that's a given. We will of course have the LAFTA's awards to keep us amused on the trip down, don't forget to vote for the player of the season. I just hope and pray that we are planning away days to Burnley, Hull and the Blunts on the way back to Sunny Selby?
"Hello......is that Mr Robinson............good...........so here's the deal. I have secured you personal sponsorship from Pukka Pies for the rest of your life.............all that's required is for you to get the winner on Saturday?...............You can think about Andy? You've thought about it? OK it's a deal"
What a weekend it's going to be? Promotion and relegation issues resolved up and down the country but come 3pm Saturday there's only one place to be and that's The Valley. Bring it on.
Can't f****** wait!
MOT
PS for those who have the music on I've reverted to the most "hairs on back of neck standy up" tracks for this weekend.
Posted by Andrew Butterwick at 07:46

You do know that if we're level on points, GD and Goals Scored, it comes down to how we performed in our head-to-head games. So rather than an impractical "pre-Play Off Play Off", we'd just lose out to Millwall who beat us home and away.

When I queried that with Radio Leeds they said it was definitely the play off option and not the head to head option?