There are times when admitting you're an avid football fan can be difficult especially when the less savoury aspects of our money driven national game stumble into the glaring focus of the voracious media.  This week has been a case in point. 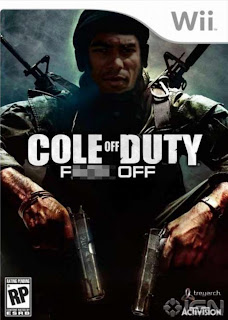 First Chelsea's Ashley Cole thought he would liven up Ancelotti's boring training sessions by taking a high powered air gun into work with him and pick off a few peasant youth players in between the shuttle runs and diving practice.  What he hadn't bargained for was that he might actually hit someone and that someone might have the nerve to complain!  Surely the work placement student from Loughborough should have been honoured to have been shot in the leg by megastar Cole and not whinged about it?  Now Mr Cole isn't the sharpest stud on the boot as his previous exposure in those well known Football magazines, OK, Hello and Heat, have proven so I wasn't altogether surprised that he'd blotted his copy book again with some training ground "high jinks".  What has surprised me, no appalled me if I'm honest, is the anaemic response from his club, the football authorities and the Police. The spineless football authorities have taken no action whatsoever, the club have taken "appropriate" action ie: fined him two weeks wages that he won't even notice and the police are "investigating" the incident.  What message does this send out to impressionable young fans especially when gun crime is on the increase? If football had any moral fortitude Cole would have been sacked by Chelsea, you or I would have been if we'd sauntered into work and shot a colleague and then claimed we didn't know the gun was loaded. Or more to the point what would have happened if some bored youth wearing a hoody had picked off Mr Cole with an air gun.......would he have got off so lightly?  Would he bollox.  There would be politicians queuing up to pontificate about gun crime and Roman Abramovich would have put out an immediate contract on him.  But all that will happen is that the Chelsea left back will get deserved dogs abuse from fans until the end of the season and then all will be forgotten as he drifts away into his surreal cocooned world where he believes all the hype his hangers on feed him.  Ashley you are an above average full back who's lucky enough to play at a time when footballers are paid obscene amounts of money. Try and remember that when you dream up your next stunt you arsehole!

The next incident on Planet Football that incensed me was our friend Shrek and that elbow on the unfortunate Wigan player during the weekends game. The incident was picked up on the million TV cameras at the game and clearly showed Colleen's husband petulantly strike McCarthy on the jaw. A clear red card offence that apparently the referee claimed he saw and took appropriate action.  Mr Clattenburg's, the ref who recently made a pigs ear of reffing a Leeds game, version of appropriate action was to put his arm round the Granny loving scouser and enquire whether he'd hurt his elbow.  Satisfied  there was no damage to his hero he restarted the game warning McCarthy that next time he hit anyone with his jaw he'd be off.  Once again the reaction from the club and the authorities was mind blowingly non existent.  I'm sure that Waynetta will have got short shrift from Sir Alex Fergietime in the dressing room for his antics that could have cost his team the game but the Scotsman's public stance that it was all a fuss about nothing and the media was only reacting because it was Rooney and Manure took arrogance to another dimension.  Funny how he forgot his "the ref got it right" stance when the boot was on the other foot at the Chelsea game in mid week?  At least the League are planning sanctions against Fergietime after this rant, although it will probably be no more than banning him from chewing gum during the game!

So all in all Football has looked a bit shabby and tawdry this week when you add the shenanigans at the Old Firm derby and the news that Toure has tested positive for drugs.  Money seems to be spoiling the beautiful game at the moment?

Back on Planet Leeds news that our search for suitable loan players to bolster the squad have gone pear shaped hasn't helped my mood or many other fans of the mighty whites.  Just why did we not move in the transfer window to secure some of the so called targets?  After raising expectations by over achieving this term so far it will be a frustrating shame if we don't steady the ship through the choppy waters of the run in and secure a play off place.  The next two games present an ideal time for steadying as we entertain Donny and then go to Deepdale to play a revived Preston team under the guidance of Mr faketan Brown.  Something tells me I'm going to need an extra tight seatbelt for these games.  Hang on in there turbulence ahead!
Can't wait.
MOT
Posted by Andrew Butterwick at 21:25