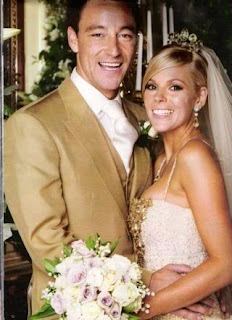 The t'internet is an unforgiving and brutal place when any public figure falls from grace and is devoured by the ravenous press. In an instant numerous jokes, unrestricted by any sort of censorship, wing their way around cyberspace at the speed of light. So when a certain Mr Terry failed to enforce a super injunction to prevent the publication of details of his indiscretions with an ex team mate's wife the phones and message boards were hot to trot with JT jokes. You will all have read dozens by now, the phallic chocolate one was my favourite, but is the hysterical response justified?
Yes Terry is an arrogant, selfish, greedy twat who gets paid an eye watering amount of money for playing football at the top level. Even his motivation behind the injunction appears to have been to protect his multi million pound sponsorship deals rather than any further hurt he would cause to his family. Yes JT is a prime example of an ordinary bloke with a bit of talent thrust into the limelight through football success.
So was Fabio right to remove the England captaincy from him? Apparently JT was in bits again when he received the news from the Tommy Cooper lookalike England manager...............another sponsorship opportunity gone down the Swanee, sob sob!
In the harsh reality of today's celebrity driven culture Capello had no choice. If he left him as captain the press pack would continue digging and hounding right up to the World Cup finals and no doubt Mr Terry would have left a suitably rich trail of debauchery for them to feed on. Not the best preparation for an important World Cup game to find details of your captains latest conquest of an opponents wife's dog splashed all over the News of the World? Problem is I doubt our new incumbent Mr Ferdinand's track record is much better than Chelsea's finest......................so I don't think we've heard the last of scandals in the private lives of England captains for this World Cup year.
Leeds of course are at Hartlepool today. Quite a contrast from jousting with Spurs in the FA Cup but no less important. A good result today and next week at Orient will cement our place in the automatic promotion spots and with the chance to get to Wembley on Tuesday at Carlisle looming this week has all the hallmarks of another rollercoaster of nerves, hopes and squeaky bums. We will hopefully have Kissy back from injury but after Lubo's stellar performances will he get back in? Or will Nayls be dropped to allow the head bandaged one back? Time will tell. The same could be said for Killa. Is he fit enough to resume and if he is will he get the chance after Howson and Doyle's efforts over the last week? I'm not so sure.
McSheffrey will be back in the starting line up though ready for another culture shock at the home of Hartlepool. He looked the class he is last week when we eventually got the ball on the ground and that will not have gone unnoticed by Lord Grayson so hopefully we'll be getting him involved at every opportunity today against the Monkey Hangers. The other conundrum is whether to bring Lowry back to replace the redoubtable Hughes at left back. I think sentiment will be left on the sidelines with Mr Hughes on the bench.
So another sell out crowd at another tight cramped ground will test the mighty whites to the limit in the frozen wastes of the north. Monkeys will not be welcome. 3.1 Leeds me thinks.
Can't wait.
MOT
Posted by Andrew Butterwick at 08:32

Rather have Terry as England captain than Judas Ferdispiv.