Harold Wilson once famously said " a week's a long time in politics" well it certainly is in football.  Last week at this time we were facing two tricky games, against Boro and Hull, on the back of an awful opening performance at St Mary's and confidence was at a fragile low.  Fans were also revolting over Capt Birdseye's stewardship of the club.  Once again being blessed with the onerous task of supporting Leeds was...............well challenging and we'd only played one game in a 46 game league season!  So fast forward a week and two encouraging performances later, especially the roasting of the Tigers, and things look a lot brighter on Planet Leeds.  Andy Keogh arrived on loan as cover for our missing strikers and had a decent debut supplementing Ross Mac's intelligent runs with some old fashioned strength and ability to hold the ball up.  Time will tell if his supporting role is enough  without notching the odd goal or two though.  Even the anti-Bates protests were muted against Hull but I suppose it is difficult to concentrate on protesting when we're playing such good football...........and with a relatively depleted team? 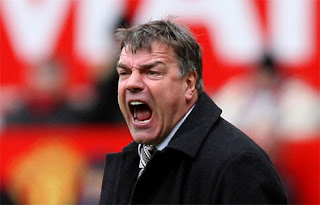 This weekends trip to Upton Park to play the Bubble blowing Hammers will be our biggest test yet though.  They turned round their patchy start to the season with a four goal triumph at Watford on Tuesday as we were putting the same number of goals past the codheads.  Their new manager, Big Sam, had bemoaned how they had spurned numerous chances against Cardiff but was glowing in his praise for the way they had dispatched their opportunities at Vicarage Road.  If Lord Larry adopts his attacking policy at the home of Alf Garnett we could end up with a 5.5 draw!  I somehow think he will be a tad more cautious though after the more adventurous approach brought us a good spanking at Southampton. The key battle will undoubtedly be in the centre of midfield where Nolan and Parker will attempt to rule the roost over Clayton, Howson or Brown or all three? 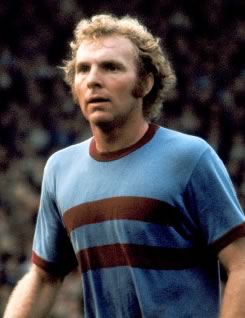 Although West Ham have a reputation for attractive flowing football and like to refer to themselves as the Academy of Football I'm not sure all the hype reflects reality?  I can accept that they had an attractive team when Moore, Peters and Hurst were in their pomp and later when Mr Brooking strolled around the pitch with consummate ease but apart from the odd success in the cups, well to be fair 3 FA Cups, 2 League Cups and the old Cup winners cup, they would be better known as the Academy of "never quite being as good as most other London teams but pretending there is something special about the style of football they play"  Well now Big Sam's at the helm they can certainly forget about any aspirations to play pretty Football.  Mr Alladyce is definitely a "result at all cost" type of manager.  He couldn't give a flying fig how his teams achieve a win as long as they win.  Just ask Mr Wenger who's famous permafrown changed into a permafrown with tears in his eyes as soon as he got within 15 miles of The Reabok Stadium when Sam was in charge at Bolton wanderers.  In fact it's rumoured that just turning onto the M61 added at least another ten wrinkles to Arsene's badly weathered face!

So the lunchtime showdown with the Hammers will be a titanic task that I suspect will generate a good number of goals and a fantastic atmosphere.  Could it be that our friends from South Bermondsey will be wanting a Leeds win from this one Jim?  Difficult choice I would think!  So I will be up with the milkman on Sunday morning instead of a lie in and heading south for Upton Park.  The famous crystal ball is still a bit cloudy but wait............I can see 3 goals to Leeds and Lonergan working double time......................I can see young White and Lees enhancing their reputations with Kissy giving another blood and guts performance in the heart of an overworked defence..................the midfield is a bit foggy though, no I'm losing it now.  Ah well we'll have to wait for the real thing.  This is going to be another tasty one.  Hold on tight and seat belts fastened the mighty whites are on a roll, well maybe started a roll.  Whichever way...................
Can't wait!
MOT
Posted by Andrew Butterwick at 20:43