FA Cup offers an Oasis of joy for Leeds in Manchester. 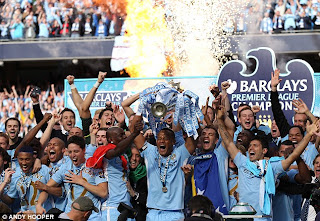 So Leeds travel to Manchester for an FA Cup tie on a Sunday as massive underdogs. Well we have been there before and we all know what happened on that wonderful chilly January day so what's to stop us writing another page in the history of Leeds United and the FA Cup? The magnificent Etihad Stadium is the venue this time for the battle of two old Roses rivals who both share a pathological hatred of that team in red from across the city. Whilst this fosters a mutual respect between the Blue Mooners and the Mighty Whites once the game kicks off the sell out crowd will generate a spine tingling atmosphere that once again will remind the battle weary Leeds fans of what they are missing as they languish in mid table championship obscurity.

The Capital One and FA cup have provided Leeds with some welcome relief and a joyful Oasis from a truly frustrating and hugely disappointing season in the league this season. Capturing the scalps of Premier League Everton, Spurs and Southampton and scaring Chelski in the first half have defied logic after anaemic performances in the league against Watford, Barnsley, Forest, Hull etc etc. Against a background of off the field activities that continue to baffle the majority of fans and a manager who's lost a significant amount of fan's support Leeds United are still a club in flux. The game at Boro on Tuesday was the pinnacle of fan's frustration with Warnock that started with the debacle at Oakwell. His sarcastic clapping of the away fans singing "Warnock, Warnock make a change" as he dithered over making a substitution was the final straw for a lot of fans. My frustration was that the Boro team that secured the three points and cemented their position in the play offs were not any better than Leeds and emphasised the small improvement needed to get us into the coveted top six spot. Problem is we're a million miles away from making that change on current form and approach to each match and the responsibility for that sits firmly on Warnock's shoulders. If we don't pull off a miracle at the Etihad then our season is over and with it Warnock's Leeds career.

Bizarrely the very tactics that have turned off Leeds fans in droves this season have been effective against the fancy dans of the Premier League. Neither Everton or Spurs could cope with Leeds high tempo pressing game and succumbed to what fans refer to as Hoofball. Southampton reserves fell to the same formula and even Chelski's aristocrats were ruffled before Leeds tired in the 2nd half. So will it work at Middle Eastlands on Sunday? Leeds are 20 to 1 to beat City and you don't need to look any further than the City team sheet to understand why. Michael Brown against Silva, Norris against Nasri or will it be Barry or maybe Ya Ya Torre? Up front City can chose from Dzeko, Tevez or Aguerro whilst if Ross Mac or Morison escape from the blues stellar defence they have then to beat the peerless Joe Hart in between the sticks. So that's the case for Leeds getting absolutely mullered but is there another scenario?

Well the FA Cup's history is littered with famous giant killing acts that defy all football logic and in the dim and distant past Leeds have suffered their own embarrassments a plenty in this competition. Add to that the fact that Leeds have already dispatched a strong Spurs team into FA cup oblivion this year then Man City will approach the game with a large dose of caution. After all they have not had the best of times themselves since the turn of the year as their form has stuttered as they attempt to retain the Premier League title in fact there are rumours that Mancini might be clearing his desk if City fail to beat Warnock's warriors..........then again Warnock might be doing the same if Leeds lose!

So will the 6,100 Leeds fanatics be celebrating another dip into the Oasis cup come Sunday tea time? I'll be happy if we put up a performance to be proud of and compete against City's millionaires in their own backyard. We don't want to look back in anger on this one do we?

You'll not be surprised that I have a sneaking feeling we can continue our cup run and extend our season just a little bit longer. Anybody else want to dream? Varney first goal and Leeds to win 2.1 at 400 to 1.......got to be done! Guess what?