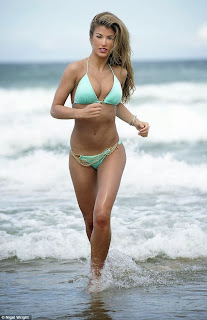 After an international break that saw England once again confirm their mediocrity on the World stage by losing to an impressive Chilean side and the German reserve team proper football was back with a bang. The Smoggies from Middlesbrough were the visitors to the Theatre of Hope along with their brand new manager, the wonderfully named Aikor Karanka. The Spaniard Karanka has spent 3 seasons as assistant to Mouriniho at Real Madrid so it will be interesting to see how he adapts to Teesside after his initial schooling in the Bernabau? Not much difference between the two clubs is there?

The train from Selby was alive with anticipation as the Happy Chocker, the Quiet One and yours truly debated the forthcoming game. B McD had a full squad to choose from with the exception of Scott Wootton so the permutations of selection choices were full of intrigue. Will Byram start? What about Blackstock? Will Mowatt come straight back into the team? Will Diouf get some game time? In true Leeds style though there was more than team selection on the agenda. Will Radebe buy a stake in Leeds? How come Capt Birdseye's name is infiltrating the numerous LUFC message boards again? All of that to discuss on a twenty minute journey together with dissecting the finer points of Amy Willerton's bikini. By the time we reached the members bar I was ready for a pint!

Brian McD had drafted Mowatt straight back into the team after his injury. It is such a compliment to the young Leeds star that in just a matter of weeks since his debut he has become a firm fixture in the Leeds midfield. Zaliukas replaced the injured Wootton and Pugh continued at left wing back. 30,000 fans had packed into the Theatre of Hope with a healthy number of Boro fans filling the away section.  All was set for a cracking game as HC had a last minute bet on Ross Mac for first goal and a 2.1 victory for Leeds.

The match started with a bang as first Mowatt had a speculative shot blocked and then super scorer, Ross Mac, missed an excellent chance with his head form 6 yards all within the first two minutes. Boro weren't phased though and soon their pacey wide men were taunting Pelts down the left flank. Boro were awarded a free kick on the edge of the box for a perfectly fair tackle but Leadbitter drove the ball into the wall. Pearce was next to get the crowd out of their seats as his header drifted wide then Austin drove a stinging shot at Steele in the Boro goal before Blackstock missed a golden chance when he over steered a cross inches wide of the upright. The confidence Leeds gained from their win at Charlton was beginning to shine through as they sought the crucial opening goal.

The home fans were soon screaming for a penalty as first Ross Mac was up ended in the box and then Ayala thumped the ball away for a corner with his hand with the Scot in hot pursuit. The ref gave the free kick outside the box and booked the Boro defender. It wasn't all one way traffic though. Ex Leeds favourite, Woodgate, headed a corner into the side netting from a corner and Leadbitter had a goal bound shot blocked by the resolute Leeds defence. Zakiulas and Pearce were both showing great presence at the heart of the home defence.  What we needed was a goal to settle the nerves. On 11 minutes there was a muted tribute to Gary Speed probably due to the amount of action on the pitch. On 34 minutes Pugh nearly spoiled HC's bet when Ross Mac released him inside the box but his fierce shot was parried away by Steele for a corner. The Boro defence was creaking despite the best efforts of Woodgate. The corner was swung deep to the back post where Lees leapt high to head back into the six yard box where who else but Ross Mac squeezed his header into the Boro net. 1.0 Leeds. The goal scorer's celebration made it clear that he didn't much care for the reported transfer interest from the Teessiders in the summer as he kissed the Leeds badge in front of the taunting away fans. Immediately the Kop broke into a rendition of "He said no Boro, he said no" just to ram the point home.

The goal stung Boro and Leeds took advantage of the suddenly nervous and cautious visitors to look for a killer second goal. Boro didnt help themselves when a poor headed back pass was pounced upon by Blackstock only to be felled by Steele as he took the ball past him. The ref immediately blew for a foul as Pugh rolled the ball into the empty net. I wish he'd played on. The inevitable red card followed for the Boro goalie and everything in the Leeds garden was suddenly rosy. Ross Mac's free kick left the new goalie motionless as it drifted inches past the right hand post. Hallf time came with the score 1.0 to Leeds.

The Urinal philosophers were in buoyant mood in the half time gents debate. Not surprising after such an all action first 45 minutes. Not one dissenting voice which is a tad unusual for the mega critical home fans. All we needed to do now was carry on the 2nd half in the same mood. Zakiulas looked commanding at the back whilst Mowatt was buzzing around midfield like a veteran feeding the front two with some good ammunition. The only negative was the ease at which Pelts was losing his attacker and the fact we were only one nil up.

Seven minutes into the 2nd half Boro drew level with a delicious finish from Carayol after Adomah had made the best of a mistake from Pugh to deliver a vicious cross into the Leeds area. 1.1 and the Boro fans were dancing with delight. Leeds hit back strongly though. Mowatt brought an excellent save from Leutwiler in the Boro goal as Leeds forced two corners in a row. The pressure told as a short corner routine freed Pelts who hit a brilliant cross for Pearce at the back post who buried the header in the Boro net. 2.1 Leeds and HC could now see plenty of pound signs revolving in his eyes.  2.1 up against ten men. Surely there was no way back for Boro?

To their credit Boro tried to pass their way back into the game and frustrated Leeds with some intelligent passing but struggled to create many telling chances. Leeds play became more reliant on the long ball the longer the game went on which suited Woodgate at the heart of the visitors defence as he kept Blackstock very quiet. Mowatt brought another superb save from the substitute goalie as he surged onto a cross looking to put the game beyond Boro. The hard working Austin then just headed wide with the open goal yawning invitingly in front of him. This all made for a nervous last ten minutes as Boro looked for an unlikely equaliser and HC looked to preserve his very lucrative bet. Smith and Byram replaced Blackstock and Pugh for the last 9 minutes with Brown arriving for the last 3 minutes. The ref blew the whistle to record a 2.1 victory for the mighty whites. Phew! HC's bank balance was suddenly much, much better!

In the end the result was better than the performance. After a promising first 45 minutes Leeds lost their way in the 2nd.  When they did get hold of the ball and play they showed they can open teams up in this league but too often they ceded possession back to Boro far too easily. The final possession split of 45% to 55% in favour of 10 man Boro tells its own tale. Pearce edged my MOM but Zakiulas and Mowatt both came close. The three points lifts Leeds tantalisingly into 6th spot as we head for the hectic Xmas programme. Brian McD has certainly turned Leeds into a side that is difficult to beat.  He and most sensible fans know they aren't the finished article though but a few more results like this and it's just possible that this sleeping giant might just be awakening from its coma?

Blackburn away next with over 6,000 vile animals heading for Ewood Park.  Should be quite a day.