The sun had got it's best Bank Holiday hat on as the Happy Chocker, Quiet One and yours truly gunned the car south towards Watford. We joined the West Yorkshire exodus on the M1 as fans of Cas Tigers and the Rhinos filled the road with colour and infectious  anticipation. After Tuesday's aberration against Brighton though the mood inside our car wasn't exactly dripping with overwhelming anticipation of a victory against the Hornets. Despite the signing of numerous new players and a decent showing against Boro the legacy of the last 10 years of pain and heartache following Leeds still tempered any thoughts of turning the illusive corner towards having a team good enough to climb back up the slippery Football League ladder. 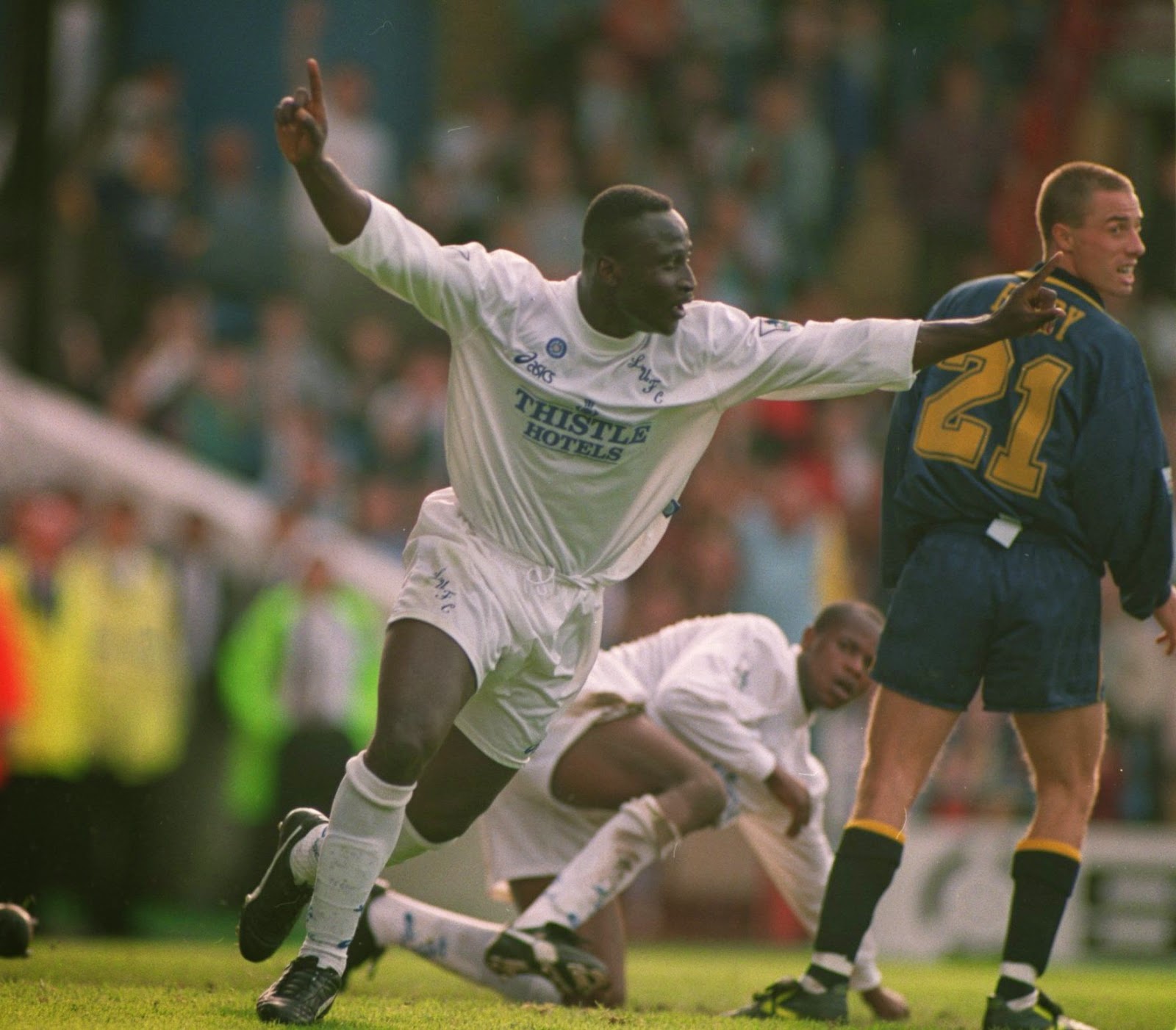 So instead of worrying about which team Hockaday would pick and which page of his tactical manual he would be consulting today we basked in the dewy eyed memories of Tony Yeboah's goals after the previous evening's piece on the Match of the Day 50th birthday celebrations. Bliss.

Once we got to Watford the usual pre match optimism started to slowly kick in with the assistance of Mr Smith and Mr Foster. Hockaday's selection saw debuts for Bellusci at centre back in place of Cooper and Antenucci up front in place of Smith. The 2,000 travelling fans were in good voice as the battle commenced.  Watford started well with Deeney and Forestieri to the fore in their early attacks. Bellusci set about organising the Leeds back four and showed his immediate authority as he berated Silvestri with typical Italian flamboyance for failing to come and collect a dangerous through ball.

Deeney headed a dangerous cross wide and Tozser fired a stinging shot goalwards as the home side looked to gain an early advantage. Leeds were battling well though and on 15 minutes created a couple of half chance that first Tonge then Austin failed to trouble the goalie with. Leeds were just beginning to settle and get their passing game going when they conceded the opening goal after 19 minutes. An intricate pass and go on the edge of the box freed Forestieri whose shot Silvestri initially saved but could do nothing about his follow up header. 1.0 Watford. Leeds responded well and within 10 minutes were level courtesy of a vicious deflection from a Billy Sharp cross that left Gomes stranded in the home goal. 1.1 and the travelling support sensed we could dispel the pre match negativity and get something from the game.

Leeds were keeping possession well but finding it difficult to break down the home defence. Antenucci showed some nice touches up front and Bellusci revelled in his role at the heart of the Leeds defence. This could be a good day after all? The warning signs were there though for Leeds as the break approached first Hoban spurned a free header from 8 yards before Warnock made a last ditch interception to prevent a certain goal. HT 1.1 and the Leeds team trooped off to thunderous applause from their long suffering fans. There were definite signs of encouragement from Leeds if we could just create a few more chances?

The 2nd half started positively for Leeds with no indication of the disaster that was about to hit. Murphy wriggled free from his marker to win a free kick 35 yards out. He swung a lovely ball into the box only for Pearce to head high wide and handsome. Leeds then stamped on the self destruct button with a vengeance. Bellusci, who had looked like coolness personified up to then, made a complete hash of a simple clearance allowing Forestieri a free run on goal. He compounded the mistake by bringing the Italian under 21 international down in the box conceding a penalty and earning himself a straight red card. Deeney converted the penalty to give Watford a 2.1 lead. Hockaday then replaced Billy Sharp with Cooper when the majority of Leeds expected a midfield player to be sacrificed? Bile and venom poured from the away fans in the direction of the Leeds Head coach as choruses of "you don't know what you're doing" rang round Vicarage Road.

Leeds were stung by the double whammy of conceding the penalty and going down to 10 men. Watford siezed their chance and attacked their wounded prey with relish. Forestieri danced through the Leeds defence to make it 3.1 on 67 minutes before Hockaday decided he did need two up front after all by bringing Poleon on for Tonge with 15 minutes to play. The same crowd that gave the team a standing ovation at half time were now in open revolt as Watford attacked Leeds at will. "You're getting sacked in the morning" sang the away support to Hockaday. Tozser added a 4th in added time with a free kick from the edge of the box before Byram got a straight red for an altercation with a Watford player. We were already heading for the car though. Final score 4.1 Watford.

Leeds capitulated spectacularly after the first sending off. Up to then they had competed well with a good Watford side. Bellusci and Antenucci both looked good and Leeds were passing the ball well. The only problem was there was very little penetration in their play with a grand total of 0 shots on target at the end of the match telling a sorry tale. Hockaday felt the wrath of most of the away fans but is it really his fault? He was offered a job he was never going to refuse but he is way out of his depth at this level. His substitutions today were baffling at best and clueless at worst. Cellino has made some good changes to the football club but his key choice of head coach is looking more and more like a massive own goal as each match goes by.

Bradford City await on Wednesday at Valley Parade or what ever it's called now. I'd be surprised if Hockaday is still in charge by then. Once again these are dark days at Leeds United and it's difficult to see where this will all end up. The Bantams will be rubbing their hands as we prepare for another potentially humiliating defeat in the cup......................and some people think we follow Leeds for the fun and excitement it brings? Will the Hock survive? Can we keep 11 players on the pitch? Will Adryan be the white knight that saves us or will we have rely on a Sloth? Time will tell.

Posted by Andrew Butterwick at 22:12