Is promotion won and lost in the close season? 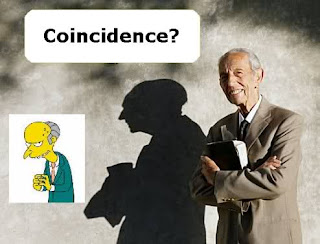 I was pleased to survive the wild predictions of the impending end of the world by some lunatic American preacher this week.  Wonder what he's doing this week?  Don't suppose he had anything planned although he will have been busy reinstating his subscriptions to "Religious Nutter Weekly" & re-ordering his milk.......until the next time!

For me my thoughts have already started to focus on next season and the all important close season.  The Championship will be one of the best supported and most competitive leagues in Europe as a whole bevy of teams will start the campaign with a realistic chance of challenging for promotion to the so called promised land of the Premier League.  Of the teams who competed last term I would expect Hull, Burnley, Boro, Leicester, Millwall and possibly Portsmouth to be in the mix along with the unsuccessful Play off teams undone Forest, Cardiff and one of Swansea or Reading.  Add Brighton, Southampton and probably Udderstoon and we have a round dozen team's who have the capability of pushing for promotion......................and that's before we think about the 3 Premier teams who had their own "end of the world" on Survival Sunday.  So for all the fans who shed crocodile tears for the Hammers, Brum and Blackpool wake up and smell the coffee.  The Championship isn't the end of the world it's a raw, exciting league with more ups and downs than Blackpool's famous rollercoaster.  Embrace it with gusto and you'll enjoy the ride. 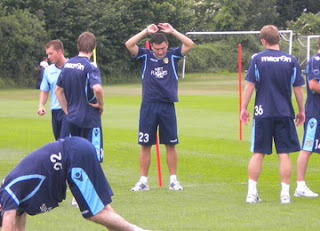 The more perceptive readers will notice that I haven't mentioned the mighty whites in the list of possible contenders.  Certainly they should be challenging for a play off position but....................having gone so close this time round and yet been so far away in terms of consistency I believe significant surgery is needed to help the sleeping giant go one better this time round.  And the key period when promotion will be won or lost is over the next 10 weeks. Firstly let's look at the pre season training regime.  This always should build up the stamina and skills for the squad to survive a punishing schedule of up to 60 games.  In recent years, even when we got promoted, we have always faded away in the last third of the season, a bit like a tiring Grand national horse struggling past the elbow on the long run in and then just treading water.  Twice we have enjoyed Xmas in the automatic promotion positions, including this term, and failed to cement our advantage.  So what ever Lord Larry has his troops doing over the summer it needs to be better than recent regimes so that come next March we're not hearing words like "leggy" tired" and "burnt out" in post match press conferences.  Much as I hate to say it you only have to look at Sir Alex Rednose's teams for inspiration on how to do it.  They always kick on from Xmas and they are always in full stride when they get to the elbow on the run in.

Whilst the squad are going through an effective pre season training slog the other key to a successful season will be the recruitment to the Theatre of Hope.  With Killa and Bradders having almost certainly played their last game for Leeds and Schmeichel toting his wares around any team that will listen the quality of players coming through doors of Thorp Arch will be under even more scrutiny than usual.  Will it be another mixture of cast off's from other clubs and loanees? Or will there be money to go out and get decent players who will add quality to the squad to give us an edge over our promotion rivals?  I'm not holding my breath but if the answer is no then we could be in for another exciting end to next season but unfortunately at the wrong end of the table!

One thing for sure with new trips to West Ham, Brum and Blackpool plus the prospect of visiting Brighton's new stadium next season my football taste buds are already salivating with anticipation.  Delicious!  don't let me down Leeds.
Can't wait.
MOT
Posted by Andrew Butterwick at 09:29