RIP Kev & Chris and the end of a long season. 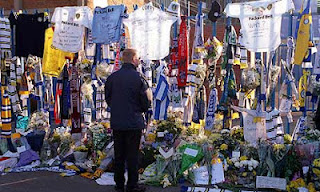 It's twelve years since Kevin Speight and Chris Loftus were murdered in Istanbul on the eve of Leeds United's UEFA Cup Semi Final against Galatasaray.  The tragic events of that night remain an indelible stain not only on Turkish football's reputation and Galatasaray's in particular but also Turkey's "lack of justice" system.  The thoughts of all true football fans will be with the families of Kevin & Chris who saw their loved ones go to a football match and never return. 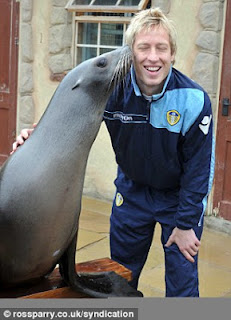 Back on Planet Leeds Neil Warnock took his squad of players to Flamingoland for some respite from the stinging criticism over the latest "worst performance of the season" against Watford.  The hopes and expectations of this season that somehow were prolonged into March have now disappeared like a unsteady sandcastle washed away by the incoming tide of reality.  Warnock has promised major surgery on the team in the summer to try and build a squad that can compete for a top six place next time out.  If he is to achieve that aim his surgery skills will need to be on a par with the best in the land as he tries to stitch and patch bargain basement material onto the lumbering, sleeping giant that is Leeds United.  Leeds fans will be watching with baited breath to see if Warnock can make a silk purse out of the current pig's ear of a team.

Elsewhere in football there is an annoying inevitability as the Salford Yanks change gear and hit form just at the right time of the season as their noisy neighbours begin to choke on the run in to the climax of the season.  Much as their success offends the very soul of a die hard Leeds fan such as yours truly you can not fail to have grudging admiration for the way they gain a post Xmas impetus every year to catapult their trophy winning momentum to the fore as the season comes to an end.  On a different level Barcalona's wondrous style of football has carried them through to a Champions League Semi Final clash with Chelski and the potential dream final against Real Madrid.  Watching Lionel and his mates pass the ball around as if they were weaving a complex  spiders web between Milan's defence was awesome.  That definitely isn't the same game that other mortals play such as Billy Barndoor and big Enoch! 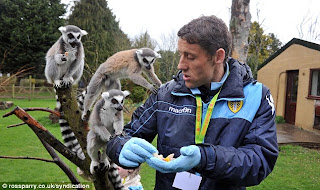 And so to Reading on Good Friday.  They are in red hot form having won 11 of their last 13 games and in doing so put themselves in poll position for automatic promotion.  They have done this on a limited budget and after selling their best player, Shane Long, in the summer. Mmmm maybe it's not all about who's got the biggest bank account after all?  As for Leeds they will be without O'Dea, Connolly, Clayts and White but regardless of who replaces them can they play any worse than they did against Forest/Watford etc?  After saying that we go in search of a 5th consecutive clean sheet away from Elland Road.  Can't see that record lasting past about 2.30pm though if I'm honest.


Posted by Andrew Butterwick at 10:17