Another "interesting" close season for the mighty whites! 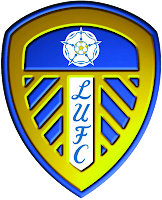 Another season is just round the corner and like a sleepy bear rousing from a winter's hibernation football fans are rubbing their sleepy eyes in anticipation of feasting on the first green shoots of the new campaign.  The hors d'oeuvre of pre season friendlies are well under way against a background of transfer rumour, speculation and signings.  As usual life on planet Leeds is as intriguing as ever with the "T" word occupying most of the debate amongst fans of the mighty whites. The blue touch paper was lit on the 26th June when the club issued the following statement on the due diligence process and possible takeover:

"Further to our previous statement of the 29th May, Leeds United can confirm they have granted an exclusivity period to enable a potential investor to carry out the appropriate due diligence.
It is anticipated this will be a fairly straightforward process.
A confidentiality clause prevents the club from making any further comment. However, our discussions with them have left us very comfortable that they have the financial resources to support the club and that they will have no issues in satisfying the requirements of the FootballLeague's Owners and Directors Test, unlike many of the previous approaches we have had to endure.
We will not be making any further announcements in the near future."


Initially the announcement was welcomed with glee as the vast majority of fans salivated at the prospect of finally ridding the club of Cuddly Ken and his unique style of Football club chairmanship.  There was just one tiny fact missing from the statement though..............when the due diligence process was likely to end.......and in missing out the date for the potential completion of proceedings the club left a cavernous void of information. "How long does due diligence last? A day, a week, a month, three months?" many fans began to ask.  The longer the process drags on the more it looks to have the same timeline as a DFS sale. Must end Sunday...........but which Sunday?  So not surprisingly the void has been filled with legions of fans "in the know" or quoting from "a reliable source close to Leeds or the new buyers" informing us through cyberspace that announcements were due almost every day since the initial announcement.  Even the well meaning work of the Leeds United Supporters Trust has come in for some flak as it is drawn into issuing statements trying to keep fans informed on the progress of the takeover.

The problem is that the due diligence process is a confidential process and it would be highly unusual, if not unprofessional, for either side to make any sort of public statement before the end of proceedings so the omission of  an expected date of completion in the original statement was a big mistake in my view.  However having had the experience of carrying out due diligence in normal business on two occasions and doing a bit of digging around the average time given for due diligence is usually between 6 and 8 weeks.  We are now entering the 6th week since the announcement. 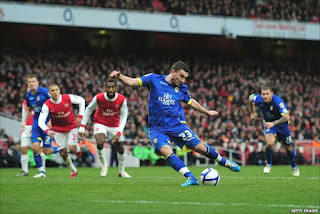 What is surprising is the continued transfer activity at Leeds. NW has finally got some of the players he has been targeting as Luke Varney, Paddy Kenny, Adam Drury, Paul Green, David Norris joined Jason Pearce in the new boys corner in pre season training with the potential cult hero Rudy Austin on his way from Norway.  The widely predicted departure of Snoddy to the Carrot crunchers is a big blow though.  The 3rd captain to be sold this year confirms the current status of very much a selling club?  Was his sale already agreed under due diligence though?  I can't believe the new owners would want the prize asset of the club sold before they take charge?  It's a bit like selling a 2nd hand car and then casually  telling the buyer you've just replaced the 2 litre turbo charged engine with a two stroke lawn mower engine. Yes the car might still drive but not with any of the original appeal or power.

So with the Happy Chocker and I feverishly checking train times and tickets for Peterboro, Blackpool, Cardiff and Bristol the anticipation of a new campaign is upon us.  Just as chaotic as recent pre seasons at Leeds with just as many unanswered questions and uncertainty but the call of the wild is too strong just as it is for the hibernating bears. So we will dust down our ground guides, buy the new shirt ( not the body fit one though!) and follow the mighty whites through thick and thin for another season. Can Warnock's colourful team of Reservoir Dog's conquer the championship? Will Austin add much needed steel to our midfield?  Will the DFS sale actually end on Sunday?  Fasten you seat belts guys another season of ups and downs is on it's way and despite the adversity could this be the one?