Takeover blues at the Theatre of Hope

Those all too common bedfellows in LS11, Mr Frustration and Mr Disappointment, returned with a vengeance to the Theatre of Hope this week.  News that the due diligence process for the potential sale of Leeds United to a middle East consortium had failed to reach a positive outcome came as a massive body blow to the hopes and aspirations of the overwhelming majority of the Leeds United extended family.  This after a summer of rabid speculation and false rumour provided an emotional background to the sound of silence that surrounded the takeover negotiations.  The net result was that even the most cynical of Leeds fans got caught up in the hysteria and began to believe that we would soon have a benefactor that would change the value of the names on Mr Warnock's transfer wish list from "frees & a couple of hundred thousand pounds" to the multi million pound bracket. But in true Leeds United style we now go into our first competitive game of the season in a state of turmoil and a complete lack of stability.  The only positive of this whole exercise has been Neil Warnock's continuing activity in the transfer market focused on assembling a team that will improve on last year's dismal showing.

So where does this leave Leeds?  The official website has not ruled out a deal but the fact that the deadline for due diligence has now run out means that either the process has turned up some unacceptable "issues" or the original agreed price has been changed or both.  Back in June I opined that we would end up going into the first game with Capt Birdseye still in charge and crowing in his first programme notes. http://www.blogger.com/blogger.g?blogID=4958249806167287259#editor/target=post;postID=4732163267899009419
The fact that Cuddly Ken will be penning his acerbic assessment of the summer's machinations as I write this post gives me no comfort what so ever. The Shrewsbury game will now go ahead with a strong undercurrent of revolt and  frustration amongst the die hard Leeds fans instead of the optimism that's built up over the summer.  Unfortunately we've all been here before! 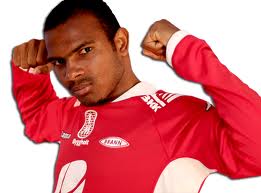 So another season in the long history of Leeds United kick's off under a cloud of uncertainty.  True Leeds fans will support the club no matter what.  That's what we do.  Other club's fans will snigger and gloat at our problems.  New sneer's at our status as a selling club will hurt but just remember that form is temporary but class is permanent. Come 3pm Saturday I'll be singing MOT just as loud as ever.  Here we go again then seat belts fastened another rollercoaster season ahead.  Will Neil Warnock be the magician or the mug?