Ross Mac signs, Forth Road Bridge and the Wolves game! 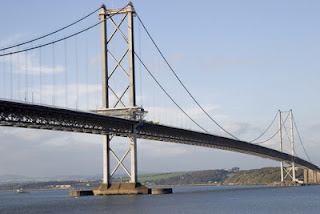 "Ross McCormack signs a new 3 year deal" the sweetest news of the close season on the day before the start of the league campaign.  After all the frustration of the "takeover that's not a takeover yet but rest assured it will go ahead as soon as the DFS sale finishes and the painting of the Forth Road bridge is complete" saga it's good to get some real positive news for once.  Losing Snoddy was a massive blow but to lose Ross Mac as well would have been an unmitigated disaster that Leeds would have struggled to recover from.  The Scot's eagerness to show the kop that he was ready to sign after slotting home his penalty last week filled most fans with hope that was rewarded with today's announcement. 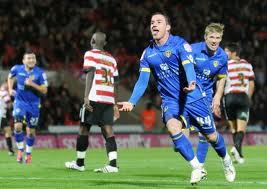 So are Leeds well prepared for the League season?  I think NW has done a terrific job in assembling an interesting, if not exciting, mixture of steel and passion in his new team all of this against the uncertain background of the ownership issue. Bringing in the likes of Austin the Beast should add some much needed backbone to the Leeds midfield ably complemented by Chuck Norris in centre midfield.  Their clash with the Wolves midfield enforcer, Karl Henry, should be worth the ticket money alone if I'm any judge in the season's opener at Elland Road. Whilst being naturally optimistic about the new campaign I do have a sneaking feeling we are still a notch or two short on quality to mount a really serious assault on automatic promotion and the best we can hope for is to "run with the pack" chasing the play off spots...................unless NW gets a bigger pot of money to spend in the January window!

Wolves are the first visitors of the new season to what I hope will be Fortress of Hope for this campaign.  Newly relegated from the Premier League they should be challenging for a top six spot but as Middlesborough, Birmingham and Derby have found in recent years this is a tough league to bounce straight back from.  Wolves have a new manager, the well known Norwegian Stale Solbakken, who's only experience of English football before arriving at Molineux was 6 games as a player for Joe Kinnear's 1997 Wimbledon side.  So to describe him as an unknown quantity is a bit of an understatement.  Hopefully his lack of championship experience and his leftovers in terms of players from an horrendous Premier League campaign will be a combination that the mighty whites can take full advantage of in front of the TV cameras on Saturday lunchtime.

Mr Warnock's team selection will be eagerly awaited.  Will Spit the Dog be in the team?  Who will be captain?  Will young Byram keep his place?  Will Tom Lees be fit?  Will Adam Drury play? If he does will Aidey White dislodge Paul Green?  All posers that will keep the pre match chatter and debate well stoked.  That is unless the DFS sales has ended!

If you are partial to a bet on the mighty whites I was asked this week for some suggestions for Skybet's Leeds United specials which you can find at http://www.skybet.com/football/specials/leeds-utd-specials
I was somewhat surprised to see that they have implemented two of my suggestions in Doing the double over Barnsley  and wagering that Spit the Dog will play more than ten games for Leeds.......I was a bit disappointed to see the odds at 6/4 though!

So I'm on holiday from work for a week now in which time we will play three League games.  Seven points would be fantastic, Nine would be awesome and anything less than four would be well......bollox!  The Pre Match Tension is already building. What will this season bring? Joy? Tears? Frustration? All three if I'm any judge and you know what......................
Can't wait!
MOT

Posted by Andrew Butterwick at 21:48