An underwhelming signing and finally Justice for the 96.

I suspect Mr Warnock has been working overtime this week.  Having run out of Wonga during the transfer window leaving him at least two players short of a decent squad he has seen his paper thin first team "squad" decimated with injuries to three key midfielders, Green, Brown and Norris.  As a result NW has been scratting around in the "player not wanted" bin otherwise known as the loan market.  Now you can pick up some gems in this manner but considering that whoever is lurking in this dubious vessel has not only been deemed surplus to requirements at their club they have also gone through the full summer in the shop window without attracting a club prepared to pay for their services. Puts things into perspective doesn't it? 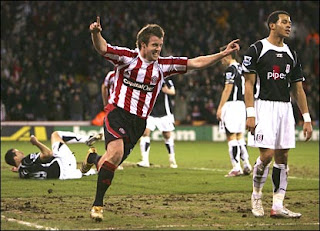 Names such as Jenas and Sidibe were linked with Leeds earlier in the week but as the weekend approached NW's need to sign somebody increased and so it was with an underwhelming virtual shrug of the shoulders that Leeds fans will greet the news that Michael Tonge will fill some of the gap left by the injuries to the midfielders.  His stats don't exactly fill you with that "wow" factor you expect with a new signing.  Last year he played a grand total of ten games on loan at Barnsley following on from a massive 5 games the previous season at the mighty Preston North End and just two for his host club, Stoke.  Might be a bit harsh but he could be a tad lacking in the match fit department? NW still has another day to go and it's possible he might find another loanee to supplement his small squad.  I'm not holding my breath though!

Away from matters Leeds the international break gave me another chance to test my resistance to depression by watching England take on the "dangerous" Ukraine side, ranked 39th in the world.  Somehow England sit 3rd in the FIFA world rankings. God knows how.  The England starting eleven that Roy Hodgson sent out at Wembley dripped with average mediocrity and technical ineptitude.  Not surprisingly though as I counted at least three of the starting team aren't even guaranteed a start on a Saturday with their club team and as for the bench there were players who will have been off the radar of a lot of normal fans but were suddenly apparently good enough to compete at international level.  Such a sorry state of affairs but not entirely unexpected given that on the opening weekend of the season only 30 of the players that started in the Premier League qualified for England.  Hardly a massive choice for Roy to sift through and find international class players is it?  As long as the FA continues to wallow in the tsunami of cash that flows their way as a result of the prostituting of Premier League at the expense of true development of home grown players that situation will never change.

Back to Planet Leeds and our trip to Cardiff where we haven't returned with a win since Maggie Thatcher and Ronald Reagan were in their prime and Frankie goes to Hollywood were storming the charts with their controversial dittys.  Yes it's 1984 since Leeds triumphed in the Welsh capital so what are the chances of us breaking the 28 year old drought?  Well against a side who now bizarrely, for a team nicknamed the Bluebirds, play in Red and have had a similar start to the mighty whites in terms of results we should be in with a shout but..........................will our injury depleted team be able to cope with the likes of Whittingham, Helgurson and Bellamy not to mention Marshall in the goals who always seems to have a blinder against Leeds?  So I am expecting another backs to the wall performance from Leeds where class will be at a premium but endeavour and a willingness to die for the cause will be high on the agenda. 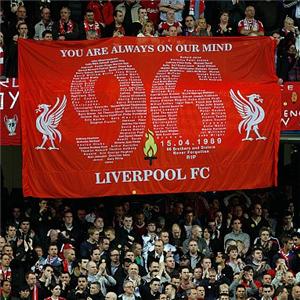 Finally congratulations to everyone connected with the Liverpool "Justice for the 96" campaign and their success this week.  The eventual scale of the cover up by the South Yorks Police, Government and the establishment was staggering.  What is more hard to stomach is the fact that it's taken 23 years of lobbying to get to this position.  Football is our national sport and whatever club you follow Hillsborough was a truly awful disaster where ordinary fans set off for a game and didn't return.  That shouldn't happen but unfortunately it does and even worse a small minority of opposition fans take delight in mocking such events. Songs about Hillsborough, Munich, Istanbul, Ibrox etc are vile in my book.  Hopefully the publicity surrounding the uncovering of the details of the loss of 96 football fan's lives will act as a stimulus to drive those unsavoury songs out of the wider football family's songbook?  I live in hope.

Early start on Saturday for the trip to Sheepland.  Will we bury 28 years of hurt for Leeds? I do hope so.