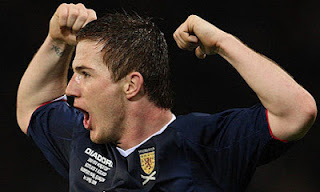 Another week flies by on Planet Leeds and despite the mighty whites having a blank weekend due to the international break there is still plenty to attract the attention of the long suffering fans of our favourite addiction, Leeds United.  Initially there was yet another "deadline" day for the decision on the much debated takeover that passed with as much action as you would get at a Jewish Pork Pie eating contest.  Safe to say that the publicising of the decision day on the T'internet by people claiming to be "in the know" left yet another trail of unfulfilled hopes and expectations in their wake.  If it's going to happen it will if it's not it won't.

The news that Leeds United have appointed a "Supporters Liaison Officer" to "administer queries from fans on their matchday experience" http://www.leedsunited.com/news/20120907/supporters-liaison-officer-appointed_2247585_2909264 caught my eye.  Laura Bland is the lucky person who has secured that job.  I say lucky with my tongue firmly in my cheek of course as I suspect Laura is going to need a fairly substantial tin hat on in the early days to respond to the flood of queries that will head her way?  Old chestnuts such as ticket prices, beer prices and the inevitable questions about the role of stewards will surely be near the top of  the list of fans' liaison requests and that's before you get to the thorny question of how the club keeps their customer's informed about strategic changes within the club.............such as progress of a possible takeover?  Already I am full of admiration for Laura.  Something tells me she will will need gallons of anti-ageing cream once she gets her feet under the table at Cuddly Ken's Information centre.  Good luck Laura!

Four players have left their colleagues at Thorp Arch to ply their trade on the international stage, Ross Mac, Aidey White, Tom Lees and the Beast that is Ruddy Austin will be representing their homeland's over the weekend.  All four have deserved their call ups but I am particularly pleased for the new king of Twitter, Ross Mac, getting further recognition for his excellent form with the mighty whites culminating with his spectacular vollied first league goal of the season against Blackburn.  Whilst I'm pleased for our international stars I struggle to whip up much enthusiasm for international games.  As a proud Englishman and witnessing our one and only triumph in the World Cup of 66 the never ending cycle of expectation and waiting for more success has took it's toll 46 years on....................and to think as a young lad I thought we would always be World champions after seeing my first World cup and the success of Messrs Hirst, Charlton brothers, Peters, Moore etc.  How wrong I was! 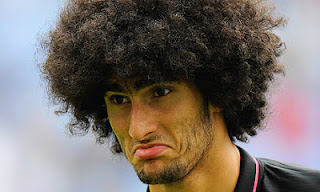 We have always had a grudging mutual respect for the Toffeemen of merseyside probably because we share a few mutual chips on our shoulders with certain teams that play in red add that to the fact that a certain Mr Speed was equally loved at Goodison as he was at Elland Road and I can see a truly special atmosphere come the 25th September.  Even with the Sky cameras persuading some fans to watch at home we should get a 30,000 crowd to see if we can beat an Everton team that has started the season on fire!  Austin's tussle with Fellaini should be worth the ticket price alone.

So enjoy the weekend without the highs and lows of worrying about how the mighty whites are doing........that is until one of our 4 international gets injured! Nooooooooooooooooo!  Cardiff await next week down in Welsh Wales.  Always a tasty encounter.  Now then where did I put that Mint sauce?

Travels of a Leeds Fan

Posted by Andrew Butterwick at 17:12