Could Sgt Wilko be the saviour of Leeds United? 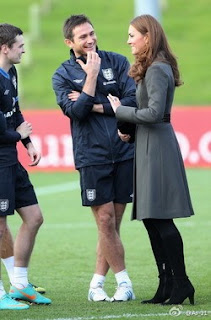 The £105m FA Centre of Excellence at Burton on Trent was opened today by the Duke and Duchess of Cambridge.  The St Georges Park complex will be the national centre for English football with all 24 national teams for both men's and women's football utilising the state of the art facilities.  The centre will house 11 full size pitches including an exact replica of the Wembley pitch right down to the size of the pitch camber and the positioning of the advertising hoardings.  Complimenting the outside pitches will be a full size indoor  pitch and the very latest facilities for the application of ground breaking sports science to nurture the country's elite talent.  One of the key objectives of the centre is to greatly improve the quality and quantity of coaches in this country on the basis that the better the coaching and teaching the better the development of our home grown players.  If England are to get a sniff of challenging for major honours in the next twenty years this centre of excellence must be a success.  Currently there are only just over 35% of Premier League players who qualify to play for England compared to the 80% Spanish players plying their trade in La Liga. 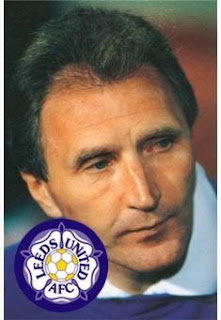 The concept of a National centre for excellence was the vision of a certain Mr Howard Wilkinson way back in the late 90's.  The dour ex Leeds United manager's had the foresight to see that the massive influx of TV monies at the start of the Premier League would flood the English game with ready made international stars and that the only way forward for the national game was to greatly improve the development of home grown talent.  Unfortunately, as with most things connected with the FA, the decision making process was long and bureaucratic and by the time the project was eventually started countries such as Spain and Germany had already developed similar centres of excellence in their respective countries.  Sgt Wilko was spitting feathers as the FA dawdled and iterated over the expenditure of what was an initial cost of £65m and when they mothballed the project completely to concentrate on spending £750m on the new Wembley stadium Wilko was quite rightly disgusted.  Mmmm now who else spends money on their ground instead of building the foundations of a good footballing legacy?  But we got there in the end and the long term vision of Wilko will now move into operation with his objective of competing in World Cup finals by 2022.  This is definitely a long term plan.

So what about Sgt Wilko returning to the Theatre of Hope to knock some sense into the boardroom at Elland Road?  Assuming the longest takeover in the history of football does eventually go through the club will be in desperate need of some solid football experience at board level.  A fan with a stash of cash as chair and some cute financiers won't really cut it for me.  What we need is a radical long term plan that will see Leeds competing with Europe's best in the next 10 years and who better to pull that together than Sgt Wilko?  The club needs to build on a solid foundation not sand and fundamental to that is developing a club structure that will deliver a conveyor belt of young talent to supplement a realistic recruitment philosophy.  It's just a thought but having suffered 7 years of stagnation and turmoil it's time Leeds planned for the future and not just the next 12 months. Is Wilko the man for the job?  Well paraphrasing Brian Clough "He's in the top one"

Food for thought over the international break?  Ironically our next game is against another one of Wilko's ex clubs Sheff Weds.  Bring it on!