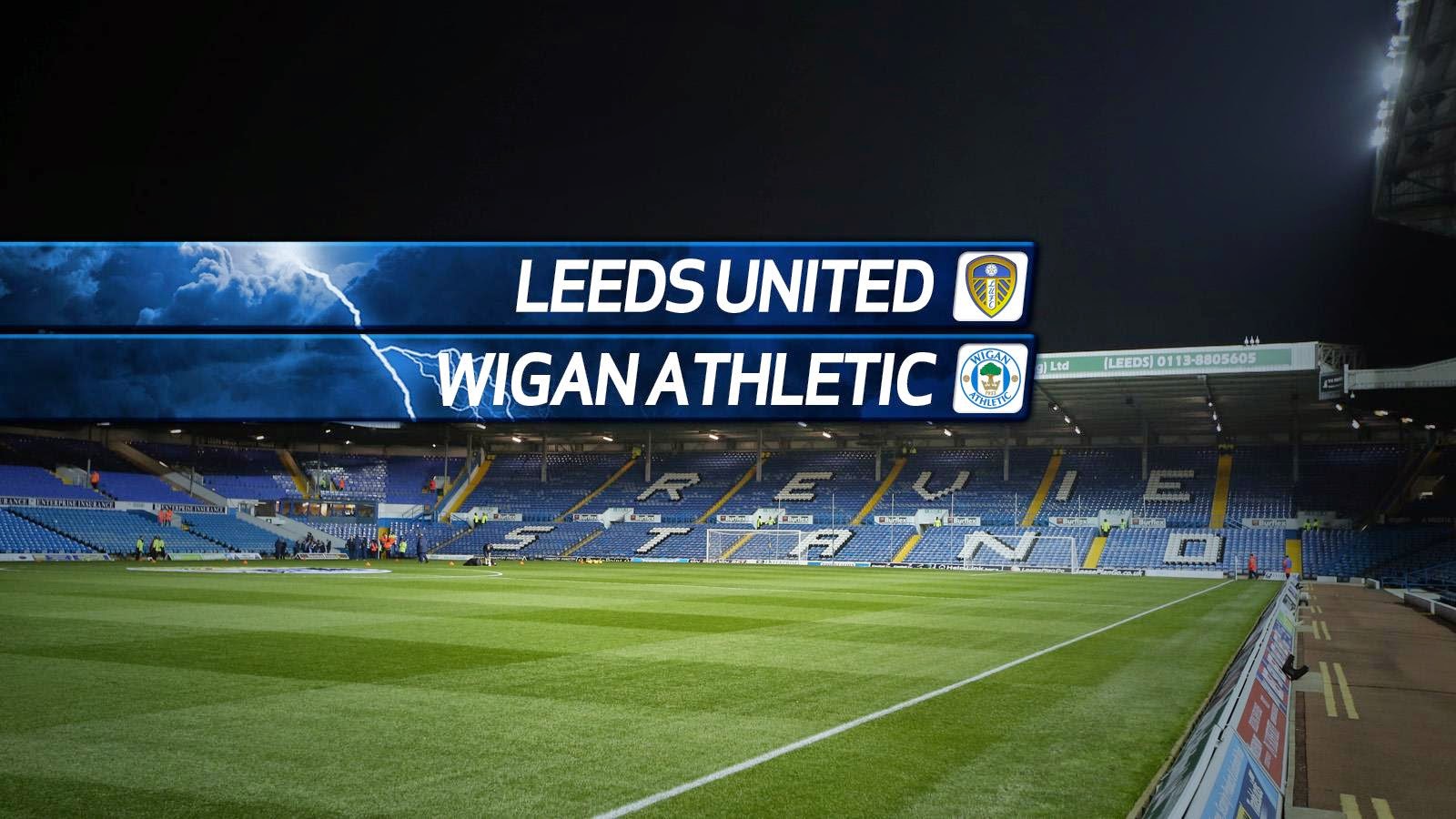 Boxing Day Football is a tradition that is indelibly woven into the fabric of English football and allows a much needed escape from the gastronomic and alcoholic excesses of Christmas day. Crowds are also boosted by the more casual type of fans making there one and only trip of the season to watch "their" team. These fans are easily unidentifiable though. They are usually wearing at least one of their Xmas presents, studying their ticket intently as they approach the turnstiles and more often than not can be heard pronouncing "I shan't be watching that rubbish again for a long time" as they leave the ground afterwards!

In recent years Leeds United have a created a Boxing Day tradition of their own though. It is preceded by a decent run of form that somehow propels the team into the play off places by Xmas leaving the fans salivating at the prospect of continuing success into the new year and then the holy grail of promotion. Boxing Day then delivers a harsh reality check where a Leeds victory is as rare as a decent joke in a Christmas cracker followed by faltering performances through January and February that leave the team marooned in mid table oblivion by May. This year Leeds have gone against that tradition and made sure they are well truly embedded in the mid to lower table oblivion before Xmas just to save fans from any unrealistic New Year expectations. Who says the club don't think about the fans?

Wigan were the visitors to the Theatre of Italian dreams for this Boxing Day clash. The Happy Chocker, Brother Chris, Quiet One and our own casual supporter defied the wintry weather as we scampered along Elland Road for the relative sanctuary of the North West Corner bar. Redfearn had disposed of Adryan in favour of Tonge in midfield with Cook moving to the head of the diamond. Bellusci replaced Pearce in the back four. Interesting changes for a game that Leeds needed to win to avoid being dragged into the undistinguished mire of the relegation battle.

Leeds started the game brightly and soon had the 28,000 home fans in good voice as Tonge, Byram and Mowatt all had shots at the Wigan goal after neat approach play. The early momentum was with the home side as the clock passed the 10 minute mark then out of the blue disaster struck as the ghost of Boxing Days past appeared in all it's horrible glory. McClean found some space down the left for Wigan and hit a decent ball into the Leeds box where Cooper under no pressure decided to chest the ball into his own net past a bewildered Silvestri. 1.0 Wigan and the small number of away fans put down their pies and celebrated their unexpected Xmas bonus. Double Xmas Bollox! What was Cooper thinking about?

The goal totally deflated Leeds and Cooper in particular who added to his error tally almost every time he touched the ball. Leeds were still enjoying the lion's share of possession but somehow struggled once they got into the final third of the pitch. Warnock did get an optimistic volley away from inside the box and Sharp turned a header onto the bar but the longer the half the progressed the more dire the Leeds performance got. You could hear the casual home fans questioning themselves as to what they were doing freezing to death at Elland Road watching this rubbish. Even the more regular fans had to admit this performance was trying very hard to get into the "worst performance of the season" awards as the game blundered to half time. Wigan did look mildly threatening when they attacked but it was still enough to give both the Leeds defence and their very long suffering fans palpitations every time they crossed the half way line. Half Time 1.0 Wigan.

The mood amongst the Urinal Philosophers was morose at best. "We can't even beat a team as shite as Wigan" one fan complained whilst another thought "we're absolutely clueless going forward and vulnerable at the back" not the best combination to build hopes for the new year. The words "Relegation dog fight" were trending in this particular part of LS11.

Redfearn had to make changes for the 2nd half and he did. In a bold move he removed Bianchi and Mowatt in favour of Morison and Austin as Leeds changed to an attacking 4-3-3 formation with Tonge, Cook and Austin now forming the Leeds engine room. The changes worked immediately with Leeds forcing 6 corners in the first 10 minutes of the half. Austin was bouncing off the opposition as he literally shook up the flow of the game to Leeds advantage. Morison forced a save with a header, Bellusci tried an ambitious 35 yard drive that ended up in the kop before fine tuning his long range shots to actually test Carson in the Wigan goal with a dipping effort from 20 yards. All this attacking gave fans a flicker of hope that we could drag our selves back into the game. Chances continued to flow for Leeds but unfortunately it was definitely a case of quantity and not quality as too often the final ball or shot ended up with my head in my hands through shear frustration.

On 70 minutes Redfearn played his final card as Doukara replaced Sharp. Sharp was not amused choosing to kick a water bottle on his way off and then head straight down the tunnel for a good sulk. On 75 minutes Leeds' efforts for the afternoon were summed up in one passage of play. Another Leeds attack resulted in a corner after a hopeful shot ricocheted behind. Warnock swung in a dangerous cross right into the heart of the Wigan box only for Byram to steer over the open goal from just 5 yards. It was probably harder to miss than score but there are some skills that the Leeds lads like to show off from time to time!

The more Leeds pushed for the equaliser the more Wigan looked like pinching another on the counter and minutes after Espinoza wasted a glorious chance to wrap the game up after missing a one on one with Silvestri McClean made sure that all three points were heading back over the Pennines as he rammed home the ball from inside the Leeds box. 2.0 Wigan and game over. The stands started to empty at an alarming rate as the disgruntled Leeds fans reflected on yet another Boxing Day failure from their team. I'd love to report that in the final 8 minutes Leeds mounted a furious assault on the Wigan backline in search of two unlikely goals but they didn't. The game ended in a whimper for Leeds as they crashed to another soul destroying defeat.

There were plenty of fans announcing this as the worst performance in a long time as we made our way back to the car through the icy rain that was now adding to our miserable day. Leeds were shocking from start to finish and look like a team destined for the very choppy waters of a relegation dog fight. Austin made some impact when he came on but for all the 24 shots we had only 4 were actually on target and there lies the indication of the dilemma we are in. With a defence that looks all too brittle for the most part of this season we need to be knocking the goals in at the other end to counter that weakness. Problem is the goals are drying up and neither Antenucci, Sharp or Doukara look as if they have the fire power to worry many defences in this league. Mr Redfearn has a lot to think about as the Transfer window opens especially with the transfer embargo hanging heavily around our necks.

High flying Derby away up next on Tuesday night. Mmmm difficult to think of anything other than another "difficult" away day for that one. Still football is said to be a funny old game............

MOT
Posted by Andrew Butterwick at 19:12