Leeds Utd v Liverpool.....................it just sounds right doesn't it? The fact that Rafa will probably tinker with his team and rest some of his highly paid and slightly under performing stars matters not on jot. When the teams walk out of the tunnel and onto the Elland Road pitch they will be met with a roar & a passion that belongs in the Premier League. This Carling Cup match is not only a chance to wallow in past clashes with the reds but also re-ignite the desire to be competing with them in a normal league game on any given weekend. That's the reason why nearly 39,000 fans will pack Elland Road to the rafters for this game with the vast majority looking for an unlikely upset.
Now I say an unlikely upset but personally I believe we have a good chance of progressing if we can lockdown the scouser's attack.
To do that we need to cut the supply to the flanks, where we are weakest, which our midfield are quite capable of doing. If we win that battle then I would back our strikeforce to cause havoc in whatever defence Rafa sends out and with the fans acting as 12th man I can see a comfortable 2:0 victory coming our way.
Of course we can all analyse the various possibilities til the cows come home but it's what happens on the pitch that matters and in that respect I'm confident Larry will have his troops primed to perfection and regardless of the result the team will do us proud.
The Liverpool cup game has certainly whetted the appetites of all fans and I don't think anyone is surprised that the match is a sell out, despite Capt Birdseye's inflexible pricing policy. I'm just surprised he didn't make it a condition of buying a ticket for the game with the "Alloy Wheel Stealers" that you had to buy a Darlo ticket! I think he's lost his touch! 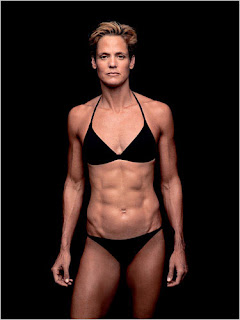 I shall be watching the game from the press gantry as I summarise the game live on LUTV & Yorkshire Radio with Thom Kirwin and Dom Matteo ( a late replacement for Eddie Gray) in my capacity of fans panel member. Now to say I'm a bit excited about this is like saying the Pope's a bit Catholic as you can imagine. Those of you who will be listening or watching just beware though.................if Leeds get the winner in the last minute your set could explode with the decibel level coming from a certain summariser! Gooooooooooooooooooooooooal....get in you beauty!
C'mon Leeds let's show all the gloating fans who revel in our current position that we are on the road back by sending the Scallie's packing.........LIVE ON SKY SPORTS.
Can't wait.
MOT
PS: Certain Leeds fans have been spreading the theory that Mr Torres is half boy half girl and even made up a little ditty about him/her. Now I think making fun of someone's gender persuasion is cruel and sick and should be discouraged. Just in case you're not sure who I'm talking about I've added a picture of him/her. Thank you.
Posted by Andrew Butterwick at 18:45

Hi
I shall be staying up to listen to the live commentry on LUTV and hope the roof is lifted on the92nd minute, just to give the mickey mousers a taste of there own medicine.
On a totally different match what have you heard about England v Brasil out here in Qatar end of this year.
Hope you have a good evening in the box has eddie got thrush
All the best
QATAR WHITE MOT