Internationals, the loan window and the Terrygate scandal.

International football takes centre stage this weekend as a healthy number of the Leeds squad fly off to represent their various countries in another round of international games.  Is the break an opportunity for Lord Larry to gather his thoughts ready for the final 8 games or is it an annoying nuisance that disrupts our momentum for the run in to the finale of the season?  After three rather uninspiring games that have yielded just four points I think our leader will be thinking the former. What the break will give him is yet more time to work on the defensive routines that have been so cruelly exposed all season and with the frequent supply of goals at the other end drying up it is even more imperative that he solves the defensive puzzle.  After all he was a defender in his playing days so he does know what good defending looks like, doesn't he? 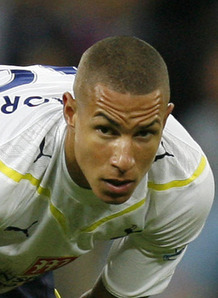 The closing of the loan window sparked a flurry of activity at the Theatre of Hope with Nunez and Clayton moving out and surprisingly another midfielder, Jake Livermore, coming into Elland Road to bolster up the Leeds midfield.  The Spurs loanee did play against us for Ipswich earlier this season and if my memory serves me correctly he had a decent game highlighted by a defence splitting pass that led to their first goal. One thing for sure the competition for places will be intense with Killa, Bradders, Bannan, Howson and Livermore all fighting over a maximum of 3 positions.  I bet the Go Kart racing that the team enjoyed today was more like dodgems as Killa tried to stamp his mark on his competition!
Questions will be asked as to why we couldn't winkle out a decent defender before the loan window closed to try and stem the gaping wound that is the left hand side of our defence.  George McCartney has become a very expensive liability given the premiership wages he is on.  Maybe that is his problem that he knows a cool £35k will be filling his bank account every week regardless whether he plays average or, as of late, absolute shite?  I suppose that's the risk you take when you augment the team with loanees?  Whatever the reason for McCartney's malaise its time to bring back Pontefract's finest, Ben Parker, to fill that role for the rest of the season. 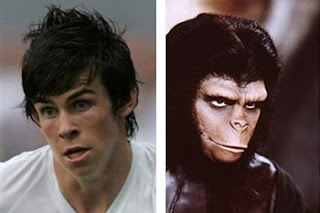 Elsewhere on Planet Football Robbie Savage has been trying to convince Twitterland that Wales have just as good a team as England and a shock is in store for England's pampered elite, that was until the Planet of the Apes lookalike, Gareth Bale, suddenly found himself in the treatment room and not on the Welsh team sheet.  Never mind Robbie at least we filled your ground for you.  Something that rarely happens when the roundball international game is played at the Millennium stadium!  On the back pages the Terrygate debate has raged all week.  Should he be captain after what he did?  Will Rio stop blubbing in cyberspace? Will the dressing room be split? Does Fabio know what he's doing? were all questions that fascinated the sports editors of Fleet Street's finest.  You know there was a time when the back pages were taken up with proper football matters not the current state of certain "superstars" ego's in the run up to an important international match.
So where ever you are make good use of this Leeds free weekend as I somehow think the final 8 games of Leeds' season will turn into 11 come the end of May and for that you will definitely need that seat belt fastened very, very tight! Bring it on.
Can't wait.
MOT
Posted by Andrew Butterwick at 20:51