Reality bites as winter draws near.

Is it me or did I miss Autumn?  It only seems like yesterday we were enjoying the last remnants of an indifferent summer when suddenly we are getting up to dark grey miserable mornings with monsoon like rain storms to help us on our way to work with a repeat dose of winter like weather on the evening commute home.  It's strange how the weather reflects recent goings on at the Theatre of Diminishing Hope though.  After a summer of hope and expectations all too frequently dashed by harsh reality as numerous transfer "targets" never quite made it to LS11 we are now embroiled in the scramble to pick up a bargain at the winter sales, otherwise known as the loan market post the announcement of the Premier League squads. 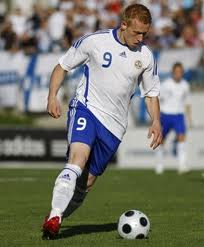 So Lord Larry and his scouts are out looking in the dustbins of the Premier clubs to see who they have discarded in the hope that they can pick up a half decent player to plug the gaps in our relatively thin squad that now graces Thorp arch on training days.  So hot on the heals of the news that Mikael Forssell has secured a deal with the mighty whites comes the uninspiring speculation that Darryl Pugh, surplus to requirements at Stoke, could be on his way to Leeds to provide cover for the left flank.  The signing of Forssell is presumably to replace Billy Barndoor who appears to be leaving for pastures new.  If not we appear to be well served in the striker department if not on quality certainly on quantity. I suppose Forrsell, a international for Finland, shouldn't have any problem Finnishing then? (Sorry) I suspect there will be further activity  in the winter sales before the Salford Yanks arrive at Elland Road but I'm afraid I'm past hoping that there will be a player who will genuinely strengthen the squad.  Even if we do get a sniff of this year's "Bellamy" on loan I'm sure Shaun Harvey will lose him just as he's about to put him in the keep net as per usual! 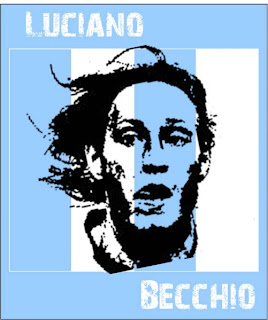 It's not all doom and gloom on Planet Leeds though as "Our Argie", Luciano, scored in a friendly against the Codheads this week.  Yes I know it was only a penalty but it's good to have him back especially with the Carling Cup game looming. Chances are that Mr Berbatov will be in the starting XI for the team from the Theatre of Shite and we all know that Mr Becchio scores more than him don't we? But after that glimmer of sunshine it seems to have clouded over again.

Palace are the visitors to LS11 on Saturday.  Unbeaten since the first day of the season Dougie Freedman's charges will provide a stiff task for the mighty whites who desperately need to kick start their season with a solid victory.  Memories of our last spat with Millwall's favourite neighbours on that sunny day in South East London are not good.  A cruelly deflected goal settled a poor game and drove a fatal nail into Leeds' play off coffin that afternoon.  To gain revenge for that defeat Leeds will need to have all guns in their armoury blazing.............Nunez, Ross Mac, Snoddy, Keogh, Clayton, Howson.............and behind them the defensive five need to be resolute and eke out a precious clean sheet.  Is that possible?  Well anything is possible on Planet Leeds.  So despite the leaden skies and dark mornings we might just get a peek of sunshine on Saturday afternoon. Please.  After all we are Leeds and we don't do easy do we?
Can't wait!
MOT
Posted by Andrew Butterwick at 20:57