Leeds at a watershed as takeover saga drags on and on and on. 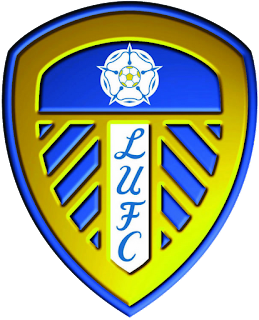 Once again this week there was a flurry of anticipation and excitement as various "sources" reported that the completion of the longest takeover in history was imminent.  Apparently everybody is keen to complete the deal and there are just a few formalities to tie up before the announcement that every Leeds fan has been waiting 8 years for can be made.  So why aren't I dancing round the breakfast table this morning in joy?  Well call me cynical but we seem to have been here before..............like every week since the sun was cracking the pavements in July and we now have Xmas decorations sprouting up in shops and local amenities.  Of course I do hope the deal does go through imminently but like many Leeds fans just tell me when it's done not when it might, possibly, if Ken's got a pen, if the lawyers are agreed, if they've got the money be completed.

One of the consequences of such a protracted sale of the club is that for the majority of fans the total focus for the improvement of the club's fortunes is to get "Bates Out".  Problem is if he does go in the next few days/weeks we will still have the same squad and same manager and still be languishing in mid table averageness.  As Crystal Palace sailed serenely to the top of the championship on the back of some scintillating performances closely followed by Middlesbrough it is clear that just having a healthy transfer budget and wealthy owner won't guarantee success.  You need the basics of a good team with quality players led by a competent manager preferably implementing tactics that are pleasing to the eye. Now Crystal Palace have achieved that without breaking the bank so why haven't Leeds? Simon Grayson paid the price for lack of progress with the resources at his disposal and was replaced in a fanfare by Neil Warnock.  Against a background of the everlasting takeover saga Warnock has gathered a team of players begged and borrowed from various sources and in doing so reconstructed the team from what we had last year.  The problem is that we are now left with a team sadly lacking in quality but well stocked with dogs of war who are prepared to battle for the team and frustrate the opposition in the hope that we sneak a winner.  The net result as anyone who has witnessed the most recent games will know is not pretty.  Watching Leeds is suddenly not much fun and certainly isn't laced with much entertainment.  I don't know the statistics but we must be very near the bottom of the table for creating chances and shots on goal this season.  As any sane and sensible fan will know that will not get us promoted.

On the back of the dour, attentional football it's no wonder that crowds are dwindling not only at home but now on away trips.  It seems inconceivable that we couldn't sell out for Burnley away when the Lancashire town lies just 37 miles from Elland Road. The first murmurings of discontent with the current manager are surfacing as he sticks to his well worn recipe for promotion that is based on hard graft mixed with a touch of quality.  The problem is that when you look across the Leeds midfield on display on Tuesday the creative spark was about as difficult to find as a sausage roll at a Bar Mitzvah.  That leads to long hopeful balls lumped in the general direction of Becchio which leads to yawns and snoring amongst the fans.  Something has got to change.

In Warnock's press conference he has promised a gun ho approach to the Watford game which presumably means Ryan Hall will get a start after his 4 goal tally in the reserves and if he is really going for gold recalling Mr Poleon from Bury?  News that a loan signing could be on board before kick off will add to the mix aswell.  Will he be a Premier League cast off or another "hidden gem" from the lower leagues?  The size of his salary will tell us a lot about what we can expect in the January transfer window.  Watford will be a difficult test for Leeds and coming before games against Millwall away, Palace and Leicester at home then our trip to the Tesco bags this could well be the pivotal game of the season.  We need an urgent boost of confidence before that challenging run of games because on current form we will be lucky to harvest more than a couple of points from the five games.  If that did happen then the January window will be only useful to keep Leeds out of the relegation mire rather than a push for promotion.

So we face a daunting run of games through November on the back of a desperately disappointing run in which we have won only once in seven league outings.  Difficult to see any light at the end of the tunnel I'm afraid regardless of the takeover.  I do hope I am proved wrong and suddenly NW finds the right combination in midfield to start creating chances.  If not we are in for a bleak, bleak winter.  Please Leeds prove me wrong starting with swatting Zola's Hornets on Saturday.

Travels of a Leeds Fan.
Posted by Andrew Butterwick at 21:44