Can Morison drive Leeds to Quality Street against the All Golds? 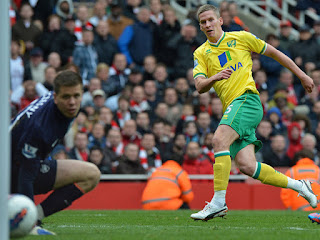 The gaggle of International friendlies tried to take centre stage this week as England, Scotland, Wales and Ireland all had encouraging wins whilst Northern Ireland managed a goalless draw against the might of Malta. Ross Mac's attempt to pick up another cap for Scotland against Austria was thwarted by a bout of flu and Rudy Austin made the long trip to Mexico to team up with his Jamaican team mates. Austin will be a doubt for this weekend's game against the All Gold of Wolves after his jet setting. If he returns anything like the last time he played for Jamaica he definitely won't be starting. I think they must enjoy a bit of after match recreational enjoyment in Jamaica? Jamaican trip or not it's time for Rudy to warm the bench on the basis of his recent showings and bring Paul Green into the picture.

International games aside money seems to have dominated the football news this week. First a report highlighted an eye watering total of 680 games that are currently been investigated for match fixing linked to criminal gangs operating out of South East Asia. A substantial number of Champions League games are included in this number. It's such a shame but when gambling and sport mix it will always attract the shadier elements of society looking to make a quick buck and unfortunately sportsmen will always succumb to the temptation of easy money even when they are already earning what to most people would class fantastic wages. Problem is when you see a report like this you question some of the "daft" results you've witnessed in the past.........that is unless you follow Leeds as you always know they will have their fair share of ridiculous results without trying too hard!

Elsewhere the Premier League have announced they plan to introduce new financial sanctions for clubs that don't run their clubs responsibly, citing Leeds United and Pompey as examples of clubs that didn't. The new rules will impose points deductions for teams that post losses in their financial accounts in excess of £105m over the 3 years to 2016. If those rules had been in place over the last 3 years Man City, Chelsea and Liverpool would all have been starting this campaign on minus points. Another sanction is the first attempt at capping salary levels. Any club with a salary level exceeding £52m will "only" be allowed to increase their wages by a mere £4m per annum! I somehow don't think that rule is going to trouble Mr Harvey in the near future even if we do get promoted? It will be interesting to see what impact, if any, these changes have on the behaviours of the top Premier League clubs?

So to Leeds' latest game against Wolves. The West Midland's strugglers offer the mighty whites an ideal chance to end their awful run of away form against Dean Saunders' comatose football "giant" Leeds are likely to have two debutant's, Stephen Warnock & Steve Morison, in their starting line up as Leeds faithful fans get their first chance to assess the fruits of Warnock, Snr's, transfer dalliances. I'm looking forward to seeing if Morison can add that extra bit of quality to the general front line play that was often missing with Luciano. If he can the sum of the total of Ross Mac and Morison might just return more goals than the prolific Argentinian did in his long stay at Elland Road?

In midfield the central pairing will be forensically inspected by Leeds aficionados seeking improvements in the key battleground of any match. Austin's position is the one under fire after his wayward showing against Cardiff. Tonge, Norris and Green will all be in contention to replace the Jamacian alongside Brown who I suspect will hang onto his starting spot. Green would be my choice but I've a sneaking feeling Norris will get another run out or he might even slot Barkley in the centre leaving Green and Tonge to fight over the wide berth. Wolves is the first of three away games in a week with Boro on Tuesday followed by the cup adventure at Man City on Sunday. It would be greedy to hope for three wins for Warnock, Snr's, charges wouldn't it?

Greedy or not I can see Leeds gobbling up the All Gold Wolves to get the week off to a winning start. Delicious. Morison to open his account with the winner me thinks. Bring it on!

MOT.
Posted by Andrew Butterwick at 20:38