Football's fatted calf is starting to get hunger pangs!

This week has seen the first signs of a fans revolt across the wide spectrum of English football.  First the ever so prudent fellow West Yorkshire fans at Udderstoon objected to paying £28.50 to watch their heroes play  the Blunts in a Division 3 derby on Tuesday night and some boycotted the game.  They picked a good one to miss as Town hit three without reply!  Then Russia's finest West London club, Chelski, only managed to draw 34,000 for their first Champions League match of the season as a result of having to pay an eye watering £40 for the cheapest ticket at Stamford Bridge and there are plans for a further boycott at the forthcoming game against Genk.  Suddenly the football world seems to be uniting in opposition to the extortionate cost of following their beloved team.  Still that would never happen at the Theatre of Hope, home of the mighty whites would it? 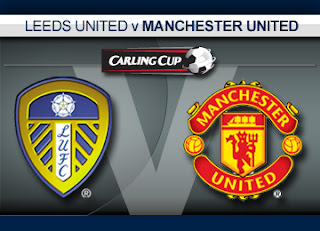 Well maybe, just maybe, the super loyal and super passionate Leeds fans are at the end of their tether? Under normal circumstances you would expect tickets for a cup clash with the Salford Yanks to disappear quicker than you could sing the "January 3rd" song.  So why are there still plenty of tickets available more than a week after they went on sale?  They've even now gone on sale to the general public after season ticket holders and members have had their share. For a big game that's never happened before in my living memory.  Even allowing for the fact that it's on the telly and it's "only" the Carling Cup I am amazed that with only a few days to go we have the prospect of empty seats adorning the Theatre of Hope when Sir Alex Rednose rides into town.

So what's gone wrong?  Firstly the pricing policy has got to be the main culprit.  Leeds have some of the most loyal and hardened fans but in this economic climate asking fans to stump up £38 to watch a televised midweek game is just plain barmy.  But we all know how "customer friendly" Capt Birdseye is when it comes to ticket pricing so it's perhaps not a massive shock?  Another reason may be that fans have looked at the under whelming transfer activity over the summer and felt that after selling Mad Max our slender chance of upsetting one of Europe's top teams has just disappeared through the cross channel tunnel to St Etienne. What ever the reason the fact that we are struggling to sell tickets for a Leeds v Manure game should be causing major panic of seismic proportions at board level.............but I suspect not.  Mr Harvey, Bates,  Lorimer et al will have their heads firmly planted in the sand on this one and at their peril be it. I am sure that come Tuesday night the fans that have bought a ticket will create an electric atmosphere and create an effective 12th man for the mighty whites but mark my words this could be the tip of the iceberg with regards the size of crowds at ER and other well known homes of the beautiful game across England's green and pleasant land.  Football's fatted calf could soon be on a very strict diet.

Before the Salford Yanks game we have a much more important clash with Bristol City though which sees the return of Killa to LS11.  He should get a good reception from the Elland Road faithful as the majority of fans were sad to see him leave................but that left a gap for Adam Clayton to more than adequately fill.  definitely one of the more positive outcomes of the summer of discontent in my opinion.  Leeds need to build on the rather fortunate three points harvested last week by sending the Bristolians back down the M5 with nothing but the sound of the remaining faithful Leeds fans belting out a celebratory chorus of Marching on Together in their ears. Leeds will always be a passionate theatre for the beautiful game and there is nothing better than being there and being part of it.  Without the fans there isn't a game.  Its about time the Football authorities woke up to that simple fact before the fatted calf dies of greedy cow disease.

So will Leeds dispose of Killas crew? Will Becchio score again? Will Clayton warm up for the clash with the Salford Yanks with another stellar performance?  Time will tell and you know what despite the cost and the rip off prices?
Can't wait!
Posted by Andrew Butterwick at 21:23

100% agree with you, without the fans there is no club. MOT
LufcTyke