This week has been a difficult week.  On Tuesday the Happy Chocker went to work as usual at Big K, Kellingley pit, but it wasn't long before tragedy struck as a roof collapse trapped two of his colleagues.  A major rescue operation followed but unfortunately it wasn't enough to save one miner, Gerry Gibson, who died at the scene. As this news was breaking family and friends of all the miner's who were on that fateful shift were frantically trying to find out if their loved one was safe.  For Gerry Gibson's family the news was the worst possible that a husband and a father who had set off to work as normal wouldn't be coming home.  The HC had the awful task of driving his dead friend and colleague out of the pit on the paddy train.  All our thoughts and sympathy are with Gerry's family. 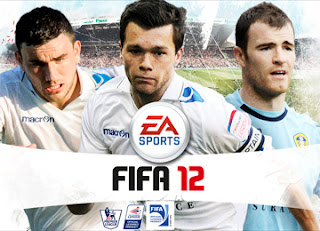 Also on Tuesday another man set off to work as normal.  His actions on Tuesday evening though outraged the average football fan and was another example of how some players at the higher echelons of the game have completely lost touch with reality as their over inflated egos fed by astronomical salaries have given them a surreal sense of invincibility.  Carlos Tevez's refusal to go on as a sub at the latter stages of Man City's UCL game in Munich was totally unprofessional and childish and should lead to his instant dismissal.  Mancini's immediate reaction of "he'll never play for City again" was the correct one but as the lawyers get their grubby hands on the details of his contract and the minefield that is employment law I suspect his exit from the blue half of Manchester might just be a bit more protracted.  So where are the football authorities on this issue?  As ever when they should be stamping their authority on the game they are as silent as a group of Monks who have taken a 50 year vow of silence.  Surely his action was at least "bringing the game into disrepute" but have we seen any sanctions from either the FA or EUFA?  Errr no because they will never stand up to the cash cows at the top of the game in case the indirect funding of their cosy lifestyle is threatened.  The boot is definitely on the other foot if a club falls into administration or worse as the sound of hypocritical condemnation in the form of points deductions soon comes flying their way. Unfortunately even if Man City do get rid of Tevez there will always be some chairman or manager with no scruples who will see the opportunity of a short term gain and offer Carlos an understanding shoulder to cry on..........as long as he bangs in a few goals.  Our friends at Upton Park are first out of the traps in the race to sign him.  You'd have thought they'd have learnt the first time round?

Back on Planet Leeds Pompey are the visitors to the Theatre of Hope this Saturday.  Last season we managed two draws against the Seamen in two eventful games.  At Portsmouth the dodgy state of their electricity feed to the floodlights added a new dimension to the game as Leeds surrendered a 2.1 lead whilst at Leeds we managed to give up first a 2.0 lead and then a 3.1 lead ending the two games with a 5.5 aggregate scoreline.  Yes I can hear a few fans saying that's possible this time round in one game given the continued generosity of our back four this season.  Will we ever get another clean sheet?  It seems clear to everybody that if we tighten our defence up we will walk this league.  So why can't Lord Larry and his coaching staff deliver in this key area?  Peter Lorimer thinks it's all the players fault.  If he's correct then there is a contagious bug being passed round all of the Leeds defenders and it's called slackmarkingitus.

Still I live in hope. Four winnable games coming up against Pompey, Donny, Coventry and Posh.  Even with our dodgy defence I think we'll extend our current unbeaten run to the end of our trip to London Road. This is a tight league and you don't have to play that well to flirt with the play off positions.  Just imagine if we did start playing and defending consistently?
Can't wait!
MOT
Posted by Andrew Butterwick at 18:11

Fingers crossed for a win to give us some much needed confidence. I think we need to stop messing about with the defence and try and get a good quality championship quality defender in with experience. But who?