Will Leeds stand by Lord Larry? 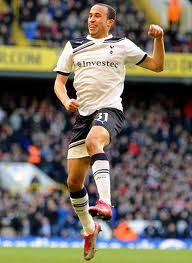 Amazingly Leeds were at the front of the queue when the transfer window flung open on New Years Day and secured the signature of Spurs' young winger Andros Townsend on a season long loan. The Tottenham flyer will go straight into the squad for today's game against Burnley and must be nailed on for a starting spot after the collective capitulation of the entire Leeds team against Barnsley.  Question is will Townsend deliver on the already sky high expectation of him in the wake of Leeds' appalling Festive run or will he have the same impact as Jake Livermore when he made the same switch last season?  One thing for sure if he's as bad on the field as he is singing we're in for a big disappointment!

One way or another Townsend is unlikely to be the last player we'll see coming through the doors of Thorp Arch during the transfer window as Lord Larry seeks to strengthen his under fire squad. The way Leeds unravelled at Oakwell was unfortunately far too predictable for the fans who had seen the team only really play well twice all season, Forest and Donny away.  The rest of the time we have witnessed a team relying on individual skills and a "never say die" attitude to drag them out of the mire after giving soft goals and plenty of possession away in far too many games.  The feeling that Lord Larry is in the last chance saloon is growing on Planet Leeds as he struggles to find his best eleven and most effective tactical plan to suit the talent available.  In short it's difficult to see how he's going to turn things round as the patience of not only Capt Birdseye but also the fans is now wafer thin.  A fifth game without a win or more to the point a good performance will likely be the death knell in Lord Larry's tenure at the Theatre of Hope.

Team selection will be interesting today.  Who are the players who according to SG have played their last game for Leeds? What an earth is he going to do in midfield?  And what about the defence?  Ethel the Tea Lady could be on standby today.  Given the circumstances I shall be setting off early with my boots and shin pads in my bag just in case! Well I couldn't do any worse than the eleven Larry sent out on New Years Eve!  The Theatre of Hope will be a cauldron one way or another today.  The universal slating of Saturday's performance will either inspire the team to new heights or condemn them to an even worse showing today.  Life is never boring on Planet Leeds is it.  You never know Andros Townsend might score in the first ten minutes........................................
Can't wait!
MOT

Andros shows his "talent" as a singer!

Posted by Andrew Butterwick at 09:57