Can Leeds tackle the Menagerie and creep nearer the Play Offs?

The Leeds United manager, Neil Warnock, has spent the week bullishly talking up his side's chances of still challenging for the play offs. Despite Leeds' woeful away form and the fact they have yet to beat any team away from Elland Road who sit higher than 18th in the table Mr Warnock is convinced we can follow up a home win against Millwall with away success at two of the top six teams in Palace and Leicester. Well I like his optimism and forgive me for not dashing out and booking a hotel for the Play Off weekend just yet but I think I will keep my powder dry for another couple of weeks at least. 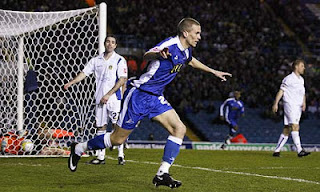 The basis for Warnock's rabid optimism is what he calls a "settled team" for the last two or three weeks with special emphasis on his "new" midfield trio of Tonge, Norris & Green. Whilst the midfield has undoubtedly been revitalised by the coming together of three players who all seemed out of favour just a few short weeks ago the "Elephant in the room" for Leeds is the sudden lack of a cutting edge up front since Becchio disappeared to the carrot crunchers. If Leeds are to make a meal of the veritable Menagerie of teams they face over the next 7 days messr's Morison, Ross Mac & Varney must immediately improve their finishing that has seen some frustrating misses in recent games against Blackburn, Blackpool, Boro and Wolves. Ironically the paucity in front of goal has corresponded with two back to back clean sheets in the league.

So will the vile animals witness the taming of the Lions, the chasing down of the Foxes and the clipping of the Eagle's wings over the first week of March? Certainly if we can take seven points from our weeks safari into the championship wildlife then there will be a proliferation of green shoots appearing on the plains of Leeds' route to the unlikely Oasis of Play Off heaven. Crucial to this spark of hope is a victory against the Millwall Lions. Millwall have swung between outstanding results, such as their victory at Boro, and some spectacular failures as they did in their last home outing when they lost 5.1 to lowly Posh. There's no doubt the match against Sarf London's Lions is a difficult one to call and is likely to follow the trend of tight and tense games we have had in recent years. The paltry 170 away fans who will sit in the away section will struggle to create much of an atmosphere especially for an early kick off. It's such a shame that circumstances conspire to reduce the away support for what should be a crucial game to no more than 3 bus loads. Still if it was the other way round I've a sneaking feeling there would be a few more than 170 making the journey to the New Den?

Has Warnock gelled a team who can now put a late, late run in for the play offs? It's a long shot and even by Leeds standards of expect the unexpected an unlikely one.........but you never know! So will this week be a rumble in the jungle for Leeds or will they get devoured by the hungry Lions? Could be an interesting week!

Posted by Andrew Butterwick at 23:05