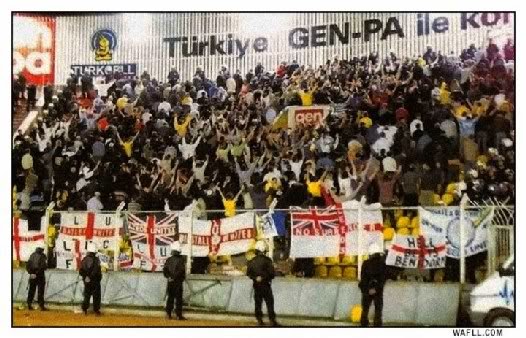 As usual there has been considerable turbulence on Planet Leeds this week as both the takeover soap opera and the woeful form of the team continue with no apparent end in sight for either. Conspiracy theories, stories of internal bitching and yet more supposed deadlines have flooded social media with monotonous regularity over the last few days causing vitriolic debate amongst Leeds fans and also the shameful and unforgivable abuse of Ross Mac's better half, Courtney St John. All the turmoil, worries and fear for the club are put into perspective today though on the 14th anniversary of the murder of two of our own, Chris Loftus and Kevin Speight, in Istanbul. Murder never has and never should be part of a game of football. RIP Chris and Kev.

Despite the prospect of almost certain defeat against the pie munching Wiganers the Happy Chocker, Quiet One and yours truly gunned the car westwards for the lunchtime kick off against our high flying hosts. News that UK Coal are planning to close Kellingley pit hade made the Happy Chocker understandably less than his usual cheery self. I mean why close a source of a significant volume of coal just miles from the largest coal fired power station in Europe, Drax, whilst importing coal in from the other side of the world to keep it going? Bonkers! Grey weather greeted us as we entered Wigan and met up with Wigan fan Blackers for a pre match pint and friendly banter in the Brockett Hotel. Blackers' local knowledge was more than useful as he directed us to Galloways Pie Shop, when in Rome and all that, for our match food and also to a suitable parking spot. "Look out for the dog shit on the walk to the ground though nobody picks it up around here" he correctly advised us.

Once inside the ground we assessed Brian McD's latest team whilst devouring Galloway's finest offerings consisting of a mini meat pie for a starter followed by a classic Meat and Potato for main. Absolutely delicious. They certainly live the dream in Wigan! McD had recalled Brown to the centre of midfield to add some much needed steel and Noel Hunt replaced Aidey White. Mmmm who's going to play up front and who's playing on the wings? As the game kicked off Ross Mac appeared to be playing wide allowing the goalless Hunt to play alongside Smith. Slightly puzzling when we've got the top scorer in the league stuck out on the wing?

The opening exchanges were promising for Leeds as they seemed intent on keeping the ball on the grass for once. Warnock finished an encouraging move by hitting a half volley wide before Ross Mac tried to wriggle through and get a shot away. The hosts looked neat and crisp when they had the ball but the resolute Leeds back four snuffed out all but a sweetly struck Gormez drive in the first 15 minutes. All four sides of the ground respected a minutes applause for Kev and Chris on 14 minutes. Sometimes football fans put rivalries to one side and come together.......... this was one of them. Well done Wigan. 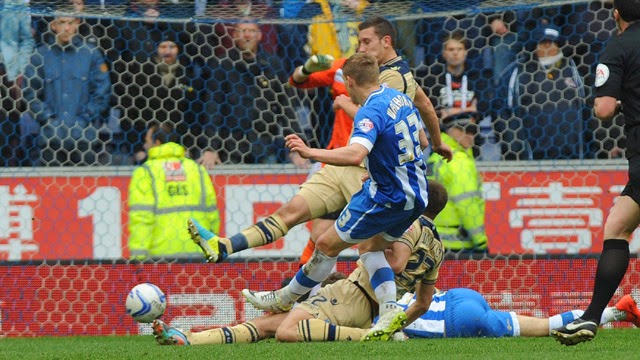 The Leeds crowd were in good voice as usual and showed their contempt for the present owners with a universal chorus of "Backs turned for the GFH" before turning their attention to the Football League for banning Mr Cellino. Back on the field Wigan were finding Leeds a tough nut to crack as Brown led a much more confrontational approach to winning the ball back than has been seen in recent weeks. It was somewhat of a surprise then to see Leeds go behind. McArthur was the architect of the move with a mazy run from the inside right spot that was finally halted by a desperate tackle on the edge of the box.......the ball ran free to Waghorn who's low shot just beat Butland inside the post. Butland saw the shot late but will be disappointed he didn't keep it out. 1.0 Wigan.

The play became scrappy as the game moved to half time. Wigan's back four were solid and for once Leeds were denying the opposing team chances on goal. Gormez finished the half with a shot that nearly went over the roof of the stand. HT 1.0 Wigan. After all the pre match worries of suffering another annihilation it wasn't a bad first half. Warnock had been particularly visible both in defence and attack. Brown had contributed well in the middle and Tonge had tried to get the ball down and play. Hunt ran about a lot.

Leeds were now playing towards the massed ranks of their supporters but it was Wigan who carved out the first chance of the 2nd half as McManaman put a through ball to Perch who's shot was brilliantly blocked on the edge of the box. Leeds had failed to seriously test the Wigan keeper in the first half  and if they were going to rectify that they needed to up the tempo and take more risks. The match remained tight though with Leeds feeding off a couple of hopeful crosses into the box which Smith failed to get on target. The hard working Tonge then had a shot from 25 yards that deflected into the keepers hands. Wigan looked dangerous on the break. In the first half Gormez looked a threat when he wasn't doing his Tom Daley impression but thankfully he seemed to have a sat nav malfunction in the 2nd period as one or two of his passes went awry. On 63 minutes Tonge finally got Leeds first shot on target but Al Habsi made a comfortable save in the Wigan goal. I'm sure I've seen the Wigan goalie in a Hot Chocolate tribute band?

The game entered the last ten minutes with Poleon on for Hunt. Leeds were still only one goal behind and hopes started to rise that we might just sneak a point not that the man in the middle was going to give us any help as he made some strange decisions. The worst of which was ignoring a head tackle on Warnock that would have received a sin bin if the Rugby League team had been at home. Ross Mac had Al Habsi scrambling as he tried a delicate chip but the ball sailed inches wide. Time was ticking on though. The inevitable last assaults provided a few "nearly" moments as Poleon, Ross Mac and Byram pumped in dangerous crosses but Smith and Pearce couldn't direct any of them goalwards. The game ended 1.0. 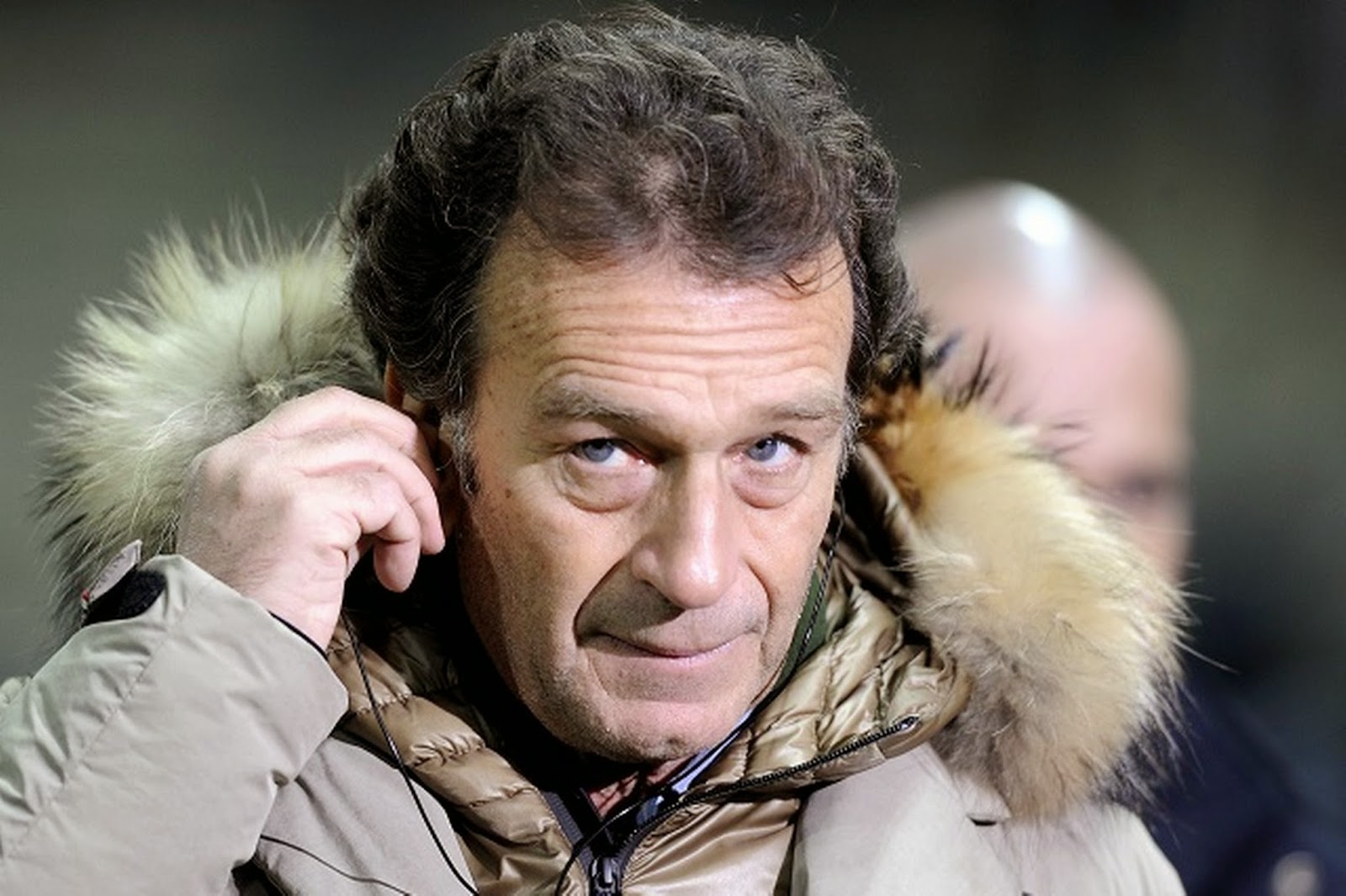 I was disappointed as I dodged the dog shit on the way back to the car. It was a tight game that with a bit more luck and possibly ambition we might just have got a point. At least we competed. Then news started to filter through that remarkably the Judge had upheld Cellino's appeal and the Italian was now owner of Leeds United. In the sense that the word "administration" should now disappear from discussions this was brilliant news................but we thought that when GFH took over didn't we? Much as I welcome Cellino into the Leeds United family with his passion and Italian temperament together with his clear contempt for authority I will reserve judgement on whether he is the new messiah for a few months yet.

Warnock was probably my Man of the match today but although we lost at least it was a reasonable performance. Watford away on Tuesday night should be interesting. Will Brian McD be in charge? Will David Haigh be scouring the vacancy columns? Will we get a much needed win? Check your seat belts and heart pills. Something tells me that the new era at Leeds United will make any rollercoaster ride on Blackpool Pleasure Beach look like a gentle Sunday afternoon car ride with your favourite Aunt.

Posted by Andrew Butterwick at 17:56

Deliberate by the Football League to defer an announcement due at teatime on Fri, and known by them long before, until after this game had finished. Maybe they were protecting the Leeds fans from getting too excited.
Think we all know the answer to that one.Enjoy your blog,keep up the good work

great reporting as usual keep up the good work