Just when you think all the uncertainty with the ownership and management of our great club has settled down there's another twist. This week's piece in the Guardian uncovers a little Porky that Uncle Ken told earlier in the year when he claimed to have joint ownership of the club.
http://www.guardian.co.uk/football/2009/sep/30/leeds-united-ownership-ken-bates
So the article unearths another ticking time bomb as Capt Birdseye now denies owning Leeds United! So who does?
Apparently the answer is the Forward Sports Fund who are owned by 10000 shareholders. Problem is that the company is registered in the Cayman Islands and controlled by "Financial Administrators" based in Switzerland. Of course the problem is that under Swiss law the "Financial Administrators" don't have to declare who the owners are. Still with me? 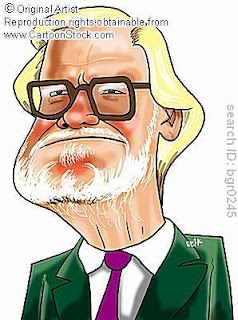 So if nobody know's who the owners are the club cannot comply with the Football Leagues stipulation that all owners of Football clubs must be "Fit & Proper"...........Mmmmmm this could turn even more nasty than the original "coming out of administration" fiasco! Watch this space.
First of all watch the programme notes from Capt Birdseye tomorrow as he will undoubtedly add fuel to the fire in his unique diplomatic style!
All of that sort of overshadows the good things from the week. Good old Snoddy got a richly deserved call up to the full Scotland squad but in doing so triggered the cancellation of our trip to Bristol Rovers.
With only a few tickets left for our clash with Charlton a 30,000 plus crowd is guaranteed for the top against 2nd collision.........Eat your hearts out Burnley, Wigan, Bolton, Codheads, Pompey, Birmingham, Fulham, Blackburn, Wolves, Stoke et al who ply their trade in the money grabbing League without a snowballs chance in hell of attracting such numbers to their games. Charlton will bring with them two former ER favourites in Fraser and Sammy. Now without being cruel I hope Fraser plays and Sammy is sat watching on the bench as I don't want Sammy's gleaming white nashers grinning at me every time he clears the ball from Jermaine's grasp!
After the disappointment of the draw on Tuesday any neutrals listening in on the radio phone ins or looking at the Leeds message boards might be forgiven for thinking we'd just failed to win for the 10th time this season rather than extend our unbeaten run and lead at the summit of the table. We really do do doom and gloom very very well at ER and I know we've had lots of practice but even I was shocked with the over reaction by certain sections of our massive fanbase. Mind you that was nothing to the sheer self flagulation that was occurring on the Charlton sites after their 3:0 thumping at Colchester. One article read as if the journey up the M1 to Leeds was pointless and they might as well surrender there and then! So maybe we're not the only ones who have a doom and gloom supporters branch?
Leeds were tired on Tuesday after playing 4 games in 10 days but I'm sure the adrenaline generated by a full house and a game against our nearest rivals will stir the passion in the men in white and push them onto a victory that will open up a 6 point gap between them and the Addicks. Strange nickname that.................apparently comes from a liking for Fish and Chips before a game, ie haddock....addicks......and here's me thinking it was drug related. As if in South London?
Anyhow it should be a humdinger of a game between two teams who could well fill the top two spots in May..............assuming we identify an owner who is a fit and proper person to run the club? That could be more difficult than keeping hold of Snoddy in the January window. Time will tell!
MOT
Posted by Andrew Butterwick at 20:02