Another rollercoaster week on planet Leeds comes to an end with the visit of Southend United to Elland Road. It started with a woeful performance against high flying Swindon before restoring some pride and more importantly 3 points at Yeovil on Easter Monday. So will we be on a high by 5pm Saturday or will it be another "nearly but not quite" visit to the Theatre of Frustration for the battle hardened Leeds fans?
Well given Southend's dire plight both on and off the field it should be a walk in the park. Their players have only just been paid for February and are not sure when the next pay cheque will arrive. Their team is lurking in the relegation zone decimated by injuries and have only 14 fit players. Their only half decent player Moussa is suspended and the other experienced midfielder, McCormack, is not even making the trip. Add to that a good spanking at local rivals Gillingham on Bank Holiday Monday and you start looking at the odds of a 4 or 5 nil Leeds win.
Of course the adversity of their plight and the comparable palatial surroundings of ER could lift the walking wounded and play the game of their lives...................wouldn't be the first time would it?
Many fans were quite rightly outraged by Sky's failure to show the minutes silence at Yeovil. They have made a contrite apology pointing out that it was an impromptu tribute that they weren't aware of. Funny how every other person in the ground, including the press box, understood when the tannoy man announced "There will now be a minutes silence in memory of the two Leeds fans murdered in Istanbul 10 years ago" A more appropriate apology would be if Mr Murdoch's men dug deep and contributed to the Candlelighters charity?
Selection will again be intriguing. Becchio is back and Parker & McSheffrey both played in the reserves this week. Will Larry stick with a winning team? Will Mad Max get another chance to lead the line after his MOM performance at Huish Park? Will Beckford be "rested"? Time will tell.
One thing is for sure if Leeds are going to snatch the coveted 2nd automatic place they must win against the sinking Shrimpers. With Charlton at Southampton, Swindon away at Colchester's cabbage patch and Millwall hosting Gillingham there is a high possibility of a few blinks by our rivals before the classified results are read. 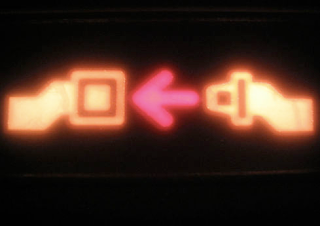