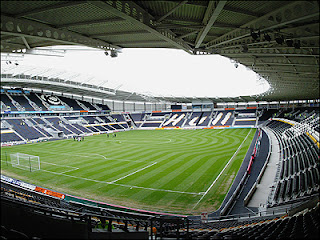 After a football free weekend for the mighty whites we travel to the ever welcoming city of Hull on Tuesday night for the latest saga in Leeds' promotion drama.  As the Happy Chocker and I know only too well the good citizens of Kingston upon Hull "all hate Leeds scum" as they often serenaded us with that little ditty on the Selby bound Hull train after our trips to see the mighty whites.  Well they did during their brief stay in the Premier League as the train always seemed to be infested with "lifelong" Codhead fans keen to point out they had "just been to Old Trafford or Anfield"  Strange how things change though?  I think there must of been some terrible plague that swept across the fair city of Hull this season and claimed the lives of all of those "lifelong" Codhead fans as they seemed to have disappeared off the face of the earth this campaign?  Maybe we should set up a disaster fund for them or send Ray Mears into deepest Bransholme to see if he can discover where the near extinct species of "Codheadius Nobheadious" have gone? 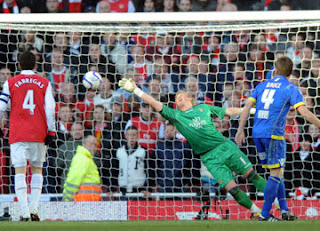 Hull are actually on a decent run of form losing only once in their last 13 matches.  They now appear to be financially secure after the well known local Egyptian businessman, Assem Allam, pumped silly money into the club to stave off the same financial meltdown that Leeds suffered and with Nigel Pearson at the helm they are threatening to cause serious damage in the Championship.  They will clearly be buoyed after their creditable draw at leaders QPR on Saturday. Their revival is based on a strong and miserly defence, not something Leeds fans can relate to at the moment.  Their home record is particularly impressive having only conceded 6 goals at the KC since the start of the season.  I seem to remember we managed that in one game against Preston? So our trip along the M62 will not be an easy one, not that any game in this league is easy, but with another large travelling support to cheer them on I am confident that the mighty whites attacking machine can add to the 6 goals scored by away teams this year.  Question is can we keep an illusive clean sheet at the other end without relying on a superhuman effort from Kasper?  Time will tell.

PS: Match report won't be up until late Wed night.  An early morning meet in London on Wed will test my stamina.
Posted by Andrew Butterwick at 20:47