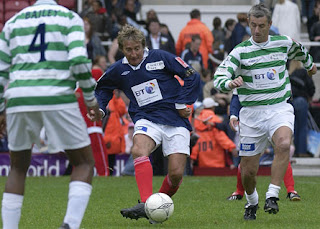 The newsflash read "Ageing superstar heads for Elland Road"  Had Lord Larry finally persuaded old "Goldenballs" Beckham to swap Hollywood for Holbeck on an emergency loan until the end of the season?   Or maybe he'd enticed Zinedine Zidane out of retirement to have a final swansong for the Blancs Puissants?  Nope the geriatric superstar turned out to be Rod Stewart booking a date at the Theatre of Hope for this June on a leg of his umpteenth farewell tour.

On a more serious note the transfer window closed shut with no last minute arrivals for Leeds much to the chagrin of a lot of fans.  That old chestnut of "Where is all the money going cos is certainly not going on players" has surfaced in the last week as frustrated fans looked for a quality name to supplement Leeds' promotion push. It would appear that there were moves to bring in a midfielder and a defender to bolster the squad for the promotion run in but in the end nothing materialised.  I strongly suspect that Larry's weapon of choice, loan signings, will kick in during the next 7 days.  Blackpool's Keith Southern is one name that is strongly linked to a move to West Yorks.  The tough tackling midfielder was a regular in Lord Larry's Blackpool team that won promotion to the championship and was man of the match in Blackpool's historic play off final defeat of Cardiff that propelled the Seasiders into the Premier League. So we wait with baited breath to see which gem, or otherwise, Larry the Loan Arranger comes up with this time.  I think the point we  fans need to realise is that unless there are quality players available then not dipping into the transfer market is probably the right move. I haven't seen anyone move elsewhere who could have improved our team? There's no point in burdening the club with average or less than average players on decent wages when that money can be saved to secure someone who can make a real impact during the run in.  That could be the difference between making the play offs or the automatic spot or even dropping out of the top 6 altogether?

Coventry arrive at wind swept Elland Road for this weekend's game with a healthy ex-Leeds connection.  King, McSheffrey and Boothroyd have all had recent dalliances at Elland Road.  I think it's safe to say that the first two will get a red hot reception by the unforgiving Leeds faithful?  Coventry have lost their last three games so they don't arrive with  a great deal of confidence but they will be encouraged when they glance at our "goals conceded" column.  Expect a severe aerial bombardment from Aidey Boothroyd's stormtroopers as they deploy a direct route one approach straight from the pages of the Wimbledon coaching manual.  Ironically this is a match where a certain Neil Collins would have been useful as he was at Watford when the Hornets employed similar tactics. 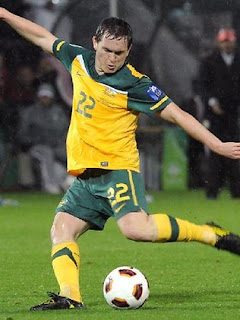 Leeds' only absentee is likely to be Sanchez Watt so Larry should be able to pick a team that will score at least one more goal than the Sky Blues.  I'm thinking 3.2 or 4.3.....................still in trauma after watching the woeful defending at the KC.................but with Killa back from Oz and pushing for a place in the starting line up I am confident of a win that will keep us well in the promotion mix.

Not many games to go now and with only 10 points separating the 10 teams below the automatic spots the league couldn't be any tighter.  February will be a pivotal month for Leeds' season.  After Coventry we play Bristol City, Norwich City, Barnsley and Swansea. If we can get to the first game of March, at home to Donny, unbeaten then we will be well set for one hell of a finish to our first year back in the Championship.  So take a deep breath, check the location of your oxygen mask and fasten your seat belt we're going for a ride on the world's biggest rollercoaster.  Who needs £50m transfers to create excitement?
Not Leeds............bring it on!!!!
Can't wait.
MOT
Posted by Andrew Butterwick at 22:18