Internationals, away tickets and a trip to Bristol! 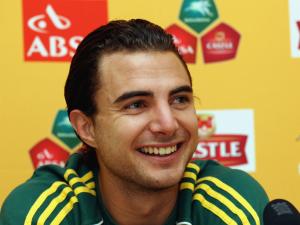 International games haven't exactly had Leeds fans jumping for joy in recent years as we have floundered in the lower echelons of English football.  Yes Lubo disappeared once in a while to play for Slovakia but that was about it.  This week international football is back on the agenda for the mighty whites though.  Like a bear emerging from a long winter's hibernation Leeds have stumbled bleary eyed back onto the international circuit as 4 players proudly jetted off to represent their country instead of the usual midweek training at Thorp Arch.  Nunez for Honduras, Somma for the rainbow nation (he scored of course), Snoddy for the Jocks and of course Capt Fantastic for England u-21's (I'm sure he's 22 though).  Add to that George McCartney dramatically retiring at the ripe old age of 29 from Nord Ireland duty and for once most Leeds fans have had some interest in the various International games.  It's yet another sign though that slowly but surely Leeds are making that long climb back to respectability and hopefully real success. Long mat it continue. 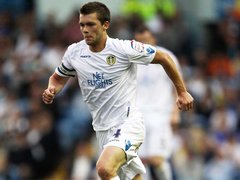 This weekend we travel to Bristol to play City.  A repeat of Luciano's quick fire hat trick when the teams met at Elland Road wouldn't go a miss but I think I will lower my expectations for this game.  First of all let's hope the floodlights to stay on for the whole game, unlike our last away trek to Pompey, then let's have another clean sheet to follow up last week's shut out of Coventry and finally a couple of goal cushion as we enter the final 10 minutes of the game will do very nicely thank you very much.  We will of course have a new face in the squad in the shape of Andy Lichaj.  Harking back to the international theme he is a current international for the USA so hopefully he will help plug a gap with Connolly absent for a month. Apparently his surname is pronounced Ly-chee...............sounds a bit fruity to me! Anyhow good luck to him and I hope he uses his stay at the mighty whites to enhance his reputation rather than justify his lack of opportunities at his host club Villa. 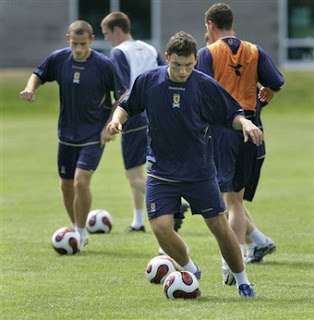 Finally a quick mention for the much maligned LUFC away ticket booking system.  I had more than my fair share of problems with booking the last away phase, so much so that I penned a letter to a certain Mr Bates to share my frustration with him, which I have yet to have a reply btw, but I did chuckle when the lufc website announced that they hadn't yet sold out the away allocations to Swansea and Preston.  I'm only guessing but I wonder if there is a connection between the problems experienced on that Monday morning when the tickets were released and the fact they haven't sold out? Mmmmm!  Maybe there will be a silver lining to this sorry affair if Capt Birdseye loses out on some pounds shillings and pence due to lost ticket sales?  I suspect the system will then be sorted out quicker than you can say "Customer service, what customer service"?

Up bright and early then for the long trip to Bristol.  Recent trips to that fair city have been rewarding let's hope tomorrow is the same. This is a key month for Leeds and all the other promotion hopefuls. Let's make sure we're tucked nicely on the rails ready for the final furlong.  Seat belts fastened, oxygen masks at the ready here we go again!
Can't wait.
MOT
Posted by Andrew Butterwick at 20:37

Top blog. Thanks for helping us Leeds supporters in Canada keep up to date.