Everybody Out! Venky's v Bates. Who's got the worst deal?

As the transfer window starts to swing shut the tension levels rise amongst fans, players, managers and chairmen.  Star players will be sold and fans will protest especially if the deals are done too late to replace them before the end of the deadline.  Our West Yorkshire friends over at the Tesco Bags are in just that situation after Jordan took the gold pathed road to the mighty Blackburn Rovers?  A strange move in footballing terms moving to another club in the same division but the lure of Blackburn's promise to double his salary proved too much for the unassuming Dog botherers star.  This after both Dean Hoyle and Simon Grayson had smuggly gone public on the fact that "we don't need to sell any of our players" in a clear dig at their cash starved rivals down the M62.  Never count your chickens before they hatch Mr Grayson.  Just goes to show what the majority of fans already know to their cost...............everyone has his price in modern day football.

Of course over on Planet Leeds we are now quite relaxed about the closure of the transfer window.......I mean we don't appear to have any players left that might be transferred to Norwich and the likelihood of any cash injection from the possible takeover is going to come too late for NW to dabble in the market this time round. The only question that should get resolved this week is if Mr Diouf will accept the improved offer from Leeds and stay to assist in their Leeds promotion push.  NW is a sly old fox in stating at his press conference that Diouf doesn't need any more money, which means Leeds can't match other offers but NW hopes that the draw of playing for Leeds will be strong enough to make him stay........problem with that theory will be his money grabbing agent who will be touting him to the highest bidder.  Watch this space.  I do hope he stays.

Away from all the transfer action Tuesday night highlighted what a good bunch of young players we have coming through from the academy as White, Poleon, Thompson and particularly Sam Byram shone in a thoroughly professional and encouraging performance admittedly against League 2 opposition.  We might be short on numbers in the squad but if we keep everybody fit we still have a team that can compete in the higher reaches of this division. 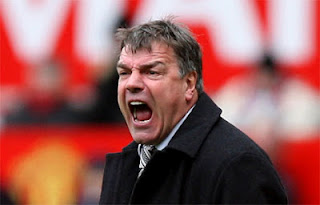 Looking forward to Saturday and the visit of Blackburn Rovers to the Theatre of Hope I can't help thinking it could turn into the "Everybody Out" derby?  "Bates Out" "Kean Out" "Venkys Out" chants will be competing  against each other for air play.  Got me thinking as to which set of fans have the most to complain about?  We all know the frustrations and problems of life under Capt Birdseye at Leeds....fans are morons, Transfer budgets are miniscule, star players are sold off every year and there's only one way to do things....Ken's way and bugger the consequences. 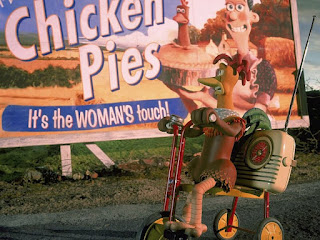 Over at Ewood Park fans of the Rovers have endured new owners coming in with "money to invest" only to find out that they might have some money but they had virtually no idea of how to run a football club.  A catalogue of breathtakingly naive decisions have seen Blackburn descend from the comfort of mid table Premier League safety to relegation into the Championship..... all in the space of two years.  Impressive!  The owners, Indian chicken magnates, Venkys, have displayed all the characteristics of headless versions of their key product as they first installed the agent, Jerome Anderson, who organised the purchase of the club to advise on Football matters.  Cue a disagreement with then manager Big Sam Allardyce for not being "enthusiastic enough about Anderson's clients in the transfer market".  Not surprisingly Big Sam told the Venky's to stuff their job where the Sage and Onion usually goes and left the club.  His replacement had all the credentials necessary to run a Premier League club for the Venky's , ie he was a client of Andreson.  the fact he had sod all management experience at top level didn't seem to bother India's answer to KFC.  Kean was Big Sam's assistant so he did have some course knowledge of the club so when he was appointed as caretaker manager there wasn't too much unrest but when the club failed to attract any recognised manager and then offered him a 3 year contract after some "indifferent performances" with him in charge the fans were understandably in full revolt. 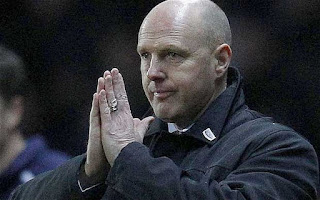 Regardless of the protests the Venky's continued their support of Jerome Anderson as football advisor even though he was a football agent?  The silence and lack of action from the football authorities was deafening after all the Venky's were clearly "fit and proper" people to run a football club weren't they?  At least Mr Anderson attempted to show he had the best interest's of Blackburn at heart and he wasn't just recruiting his clients  but then miraculously a stream of Anderson's clients found themselves employed at Ewood Park, John Jenson as coach for one and unbelievably Myles Anderson a 21 year old whose only previous experience was one appearance for Aberdeen..............he did however have a father called Jerome!  Inevitably it was all going to end in tears and of course it did against a background of fans protests and pathetic performances on the pitch culminating in the embarrassment of playing for 90 minutes against Spurs and not registering one shot on goal. Blackburn were relegated at the end of the season and bizarrely Steve Kean is still in charge.  Throughout it all Kean has kept a dignified stance despite the vitriol of the opposition to him and the Venkys which in it's self is commendable.

So who's got the worst deal Leeds or Blackburn fans?  It's a bit like a prisoner on death row in America asked if he wants to be shot or electrocuted.  On the field on Saturday all eyes will be on the Tesco Bags mercenary, Mr Rhodes, how will he cope with the £8m price tag? Could Lucianno's song be changed to name Jordan Rhodes instead of Berbatov?  Should be another interesting game at the Theatre of Hope.

Travels of a Leeds Fan
Posted by Andrew Butterwick at 12:06