New era dawns at the Theatre of Hope. 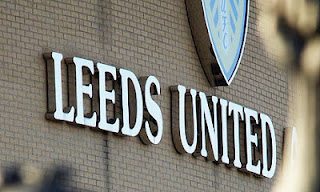 So after six months of excruciatingly frustrating negotiations the much heralded takeover of Leeds United by GFH Capital finally completed this week amongst a fanfare of cautious optimism from the battle weary fans of the mighty whites. As ever on Planet Leeds there was a twist in the tail.  News that GFH had secured a deal to buy 100% of the shares of the football club was welcomed but exciting as that news was the bit about a certain Kenneth William Bates staying on initially as Chairman and then as Honorary President took some of the sting out of the celebrations. Initial reactions from fans were understandably mixed with the joy of finally seeing a statement with concrete hard facts confirming the deal had been done suitably blended with the caveat that Capt Birdseye would still be lingering around in the background for the immediate future.

Still we had at last got some money that Mr Warnock could use to strengthen his woefully thin squad and he didn't hang about.  On the final day of the loan window period he swooped to pick up Alan Tate and Jerome Thomas from Swansea and West Brom respectively.  This was greeted with great delight by the majority of Leeds fans who have got used to as much action at the Theatre of Hope on the final day of transfer/loan window as there is on the final day of the World Apathy Championships.  The fact that the loan moves for these two acted liked a surge of liquid positiveness through the veins of anyone associated with the club is a good barometer of how far we have fallen behind most normal clubs in the Championship never mind the Premier League during Kenneth Williams' tenure in LS11.  One thing for sure is that even though Monaco's most belligerent and brusque resident has still got some connection with Leeds United it is a very flimsy one and once GFH take full control in December his influence should fade away very quickly.  As Winston Churchill famously said after the battle of El Alamein "Now is not the end. It is not even the beginning of the end.  It is the end of the beginning"

So the bright new era dawns with a game against high flying Crystal Palace.  New faces Tate and Thomas are almost certain to start as Warnock boldly leads Leeds into the new era knowing that come January he should have enough resources to bring in the talent he believes he needs to spark his charges into a new year push for promotion.  Optimistic? Definitely.  Possible? Absolutely.  It all hinges on how well we do before the January window though.  If we don't arrest what has been dreadful form over the last few weeks then the only thing we will be concentrating on come the new year will be avoiding the relegation trapdoor.  It's time to put the Bates "legacy" behind us and move on.  The one thing the takeover should do is to let us focus on what's happening on the pitch.  Over to you Mr Warnock.  Now let's see you weave that managerial promotion magic.

Finally Harry Gration is at Elland Road for Football Focus on Saturday.  I cheekily sent him a tweet suggesting the headline he should in his report after the game.  Surprisingly he was good enough to respond positively!  "Inspired Leeds clip the wings of high flying Eagles" Now that would be a nice start to the new era!


Posted by Andrew Butterwick at 20:34