The opening of the new transfer window was met with eager anticipation from Leeds fans anxious to know just what type of shop NW will be scouring for bargains.  Over the past few years Larry and NW have had to make do with trips to Poundland and Charity shops to try and replenish the Elland Road larder but this year should be different.  This year we have new owners.  Question is how much wonga NW has got in his war chest to do his shopping?  Will it be enough to pop into Aldi or are we talking M&S and Waitrose? 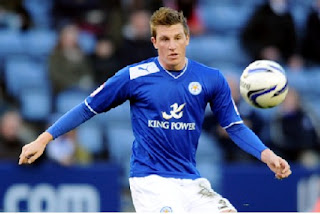 GFH have quite rightly announced that they are not going to spend "crazy money" in January after all we have been there before to our very painful cost. But fans will be scrutinising every move that is made both in and out of the club together with the ones that got away!  We have become accustomed to Shaun Harvey returning from "shopping" trips with the same old tale of the one that got away............well actually by now it's probably the 65 that got away over the last 8 years.  So a nice, normal story that includes "we've identified a target" and finishes with the announcement that we've signed said target would be good.  Initially the news is not overwhelming though.  NW understandably identified Chris Wood as one of the top strikers in the championship and made enquiries about bringing him to Elland Road.  Fantastic! Wood and Becchio up front would be a nice little goal factory for the mighty whites.............but then NW announced that Wood was out of our price bracket and only Leicester could afford him at £2.0m.  Mmmm £2.0m for a striker that just might catapult you into the silly money of the Premier League seemed a good deal to me?  It seemed even better when he scored twice within 24 minutes of his debut against the dog botherers.  Are we still looking short term?

Paddy Kisnorbo has moved out on loan to the Tractor boys to try and get some first team football.  I hope it works out for him but it's a big ask for a player who's suffered two long lay off's in the last three years.  As for any other players we have coming into Elland Road then the rumour mill is now in full flow.  So it's a case of wait and see over the next couple of weeks and judge the new era on who we actually get into the club rather than the ones we might do. 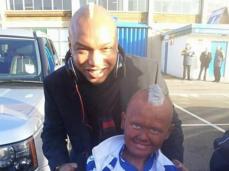 Ever since Xmas Leeds fans seem to have had a penchant for internal arguments.  First there was a heated debate in cyberspace about the Blue Santas who travelled to Forest on Boxing day. Some fans thought they were an embarrassment to the club?  The Santas, who's temporary home was The South Leeds Independent supporters club, lightened up what was a tortuous day at the City Ground.  I think anyone who criticised them seriously needs a quick "sense of humour" check.  Just as the dust was settling on that row Mini-Diouf set the jungle drums banging with his tribute to his hero at the Bolton game on New Years day.  Ridiculous accusations that he was somehow racist because he blacked his face to look like El Hadji gained remarkable traction around all forms of the media.  By the way he also whitened his hair and cut it Mohican style so does that make him "hairist" as well?  The fact that the Leeds No 21 was laughing and happy to have his photo taken with the lad should give a bit of a clue to the "racist warriors" what he thought of the tribute.  I despair at times.  Finally 3 years on from that famous victory at the Theatre of Shite there were even Leeds fans falling out over whether we should still celebrate Jan 3rd.  FFS it's not like we've had success knocking our door down every two minutes in recent years is it.  That game will go down as one of the best footballing moments in my life time and that includes the Revie years. A 3rd dvision Leeds team knocking out Fergie's finest in their own back yard in front of millions of TV viewers.............I'm sorry it doesn't get much better than that. 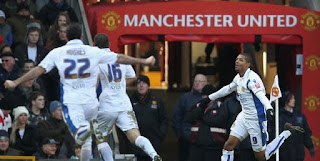 Birmingham City arrive at Elland Road for this weekend's FA Cup clash in what will be a very low key affair.  Having been brought up in the halcyon days of FA Cup football it will pain me to see a half empty ER with two sides shorn of their better players in a 3rd Round cup tie.  I suppose time moves on though?  We will have no idea what sort of team is fit for the game after a virus swept through the club this week as well. Just hope the game doesn't go to a replay. Now who can I dress up as for this game? Becchio? No don't want to upset the Argie's at this sensitive time so it'll have to be Rudy.  Pass me the Cherry Blossom!

Posted by Andrew Butterwick at 18:43