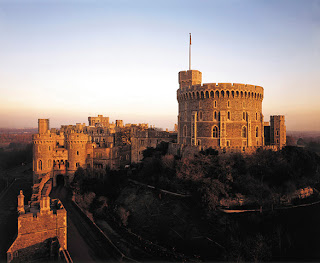 Against a background of recent regal excitement 4,300 members of the Yorkshire Republican Army will march on the Royals at their base near Windsor this weekend confident of a victory that will cement their advance into promotion territory.  The Royals are already fearful of the Northern heathens as their star striker, Noel Hunt, has made a plea for the locals to come out in force and make some noise to counteract the "very loud" Northern forces.  Fortunately that is a problem that General Grayson never has with his loyal band of followers. With the extension of his latest Lieutenant, Andy O'Brien's, commission to the end of January Yorkshire's band of brothers will travel in good heart safe in the knowledge that they haven't succumbed to any foe in any of their last five battles.

So what are the chances of winning a famous victory over the Royals in the shadow of Windsor Castle?  Well the momentum is certainly with the White Rose army as Messr's Howson, Becchio, Snoddgrass and Gradel  currently strike fear into the heart of every defence in the championship realm with their new found attacking verve and class.  Most enemies find the flanking movements of Snoddy and Mad Max difficult to repel leaving the battering ram Becchio and the rapier Howson free to wreak havoc on unsuspecting and vulnerable enemy defences. This bold tactic by General Grayson has been effective in recent battles and I fully expect the same approach on the Majestic fields of Berkshire.  The White Rose defence has solidified of late with the influence of Andy O'Brien but will still need the "never say die" bloody mindedness on display during the battle of the lost city of Norwich if they are to achieve the holy grail of a clean sheet...........that and a stronger face guard for the ace bodyguard Kasper.

So all ye fine citizens of the Yorkshire Republic gird your loins and prepare for battle.  We will not be defeated by the Royalist spongers and hangers on.  We will be triumphant and place the White Rose flag atop  Windsor Castle by Saturday evening to the cheers of the fine and loyal brethren of Yorkshire's Republican Army. All hail to General Grayson!
Can't wait.
MOT
Posted by Andrew Butterwick at 18:09