Tightest division in years and a trip to Brum. 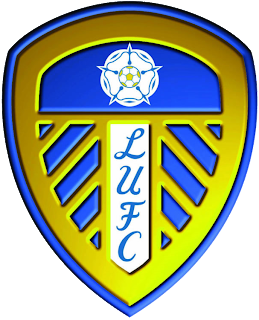 As another midweek game hurtles towards us at breakneck pace the Championship table is beginning to take shape. Usually by the time fireworks are lighting the skies above in celebration of Guy Fawkes' dastardly plot or Mr Balotelli's bathroom prank there has been sufficient games to sort the men from the boys in terms of play off and relegation potential.  Casting my eyes down the table before our Wednesday night date at St Andrews with the blue half of England's second city though reveals one the tightest divisions in years.  Currently Barnsley, who are languishing in 18th spot, are just 6 points of a play off place.  By the time the weekend games start anybody from Leicester, minus Sven, in 13th spot upwards could move into a coveted play off position with a victory.  Although I hate to tempt fate if our hosts win their three games in hand they would occupy 2nd spot.

So does our 5th position fairly reflect our potential for this season?  Well if you look at the victories against Palace and Hull respectively I think they give a tantalisingly glimpse of what is possible this term.  Against Dougie Freedman's Eagles we weren't at our best but still struggled to a hard fought victory courtesy of a superb late winner by Ross Mac after Luciano had risen from the bench and turned the game round with a trademark headed goal.  Most fans left that game with a huge dose of relief piercing through their post match smiles on the basis that "we should beat Palace at home but we only did it with a late goal".......... but look at the table now.  Palace are two points ahead of Leeds in 4th place so maybe that win was better than we first thought after all?  Early in the season the Codheads were visitors to Elland Road and disappeared back down the M62 with their fishtails between their legs after a 4.1 thumping.  After that game the general feeling was the sky's the limit for Leeds as a brand of flowing football prompted by Clayton, Snoddy, Howson and Nunez tore Hull apart and in doing so buried the "Tuesday night" hoodoo and claimed a victory against one of the fancied teams in the League.  Look where they are now? Same points as us nicely tucked in behind the pack in 7th place. 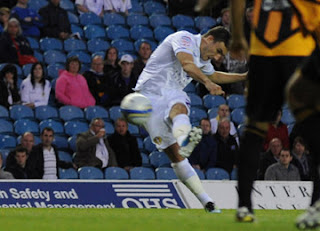 With the exception of the disastrous opening game at St Marys we have not been outplayed in fact in all of the other games we have always looked as if we could and should win the game at one stage or another.  What we have lacked though is 90 minute (or maybe 96 minute) consistency in games, Brighton away being a classic example where we dominated the first half and deservedly led at HT only to be pegged back and nearly lost the game in the 2nd half.  I know it's typical rollercoaster Leeds Utd football but the fact remains if we cure the "game of two halves" tendency then we will continue our unbeaten run and start to cement an automatic promotion spot never mind a top six spot.

We are currently equal top of the form league in the Championship along with.............Birmingham City so the clash at St Andrews will be tough and with a back up goalie who has made two glaring errors in our last two outings one way or another there will be plenty of nerves jangling amongst the Leeds faithful.  Should be a tight affair though with hopefully Snoddy back in tow after his injury.  The old crystal ball is suggesting nobody should leave their seats until the very last kick of the match for this one with Mr Keogh delighting the travelling white army in or around Fergie time!  That should make the trip worth while!
Can't wait!
MOT
Posted by Andrew Butterwick at 21:37